Blog
Home  Blog  How Should The Curtain Box Be Designed?

How Should The Curtain Box Be Designed? 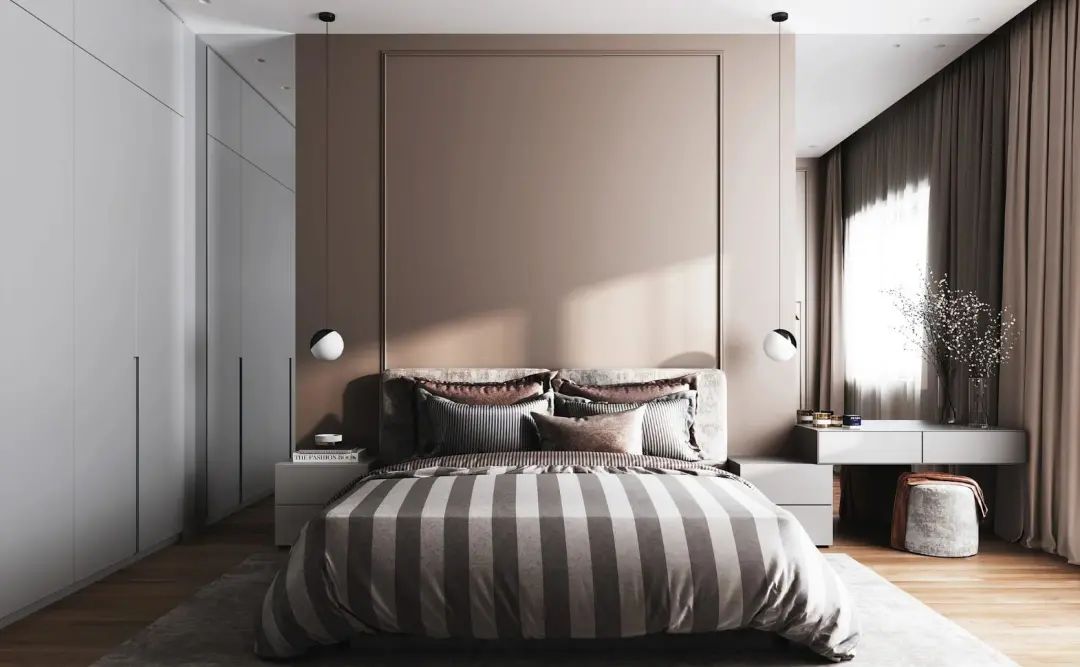 I don’t know if you find that it is easy to choose materials or directly copy or pile up materials based on subjective feelings in design, without really understanding the design meaning behind the application of materials. Take the window part of the design, in addition to the functional needs, how to coordinate with the design as a whole and play the aesthetic? This is to talk about the curtain and curtain box with the design.

Next, let’s discuss how to synchronize the design of the curtain box when doing the ceiling suspension. Mainly solve the following problems. 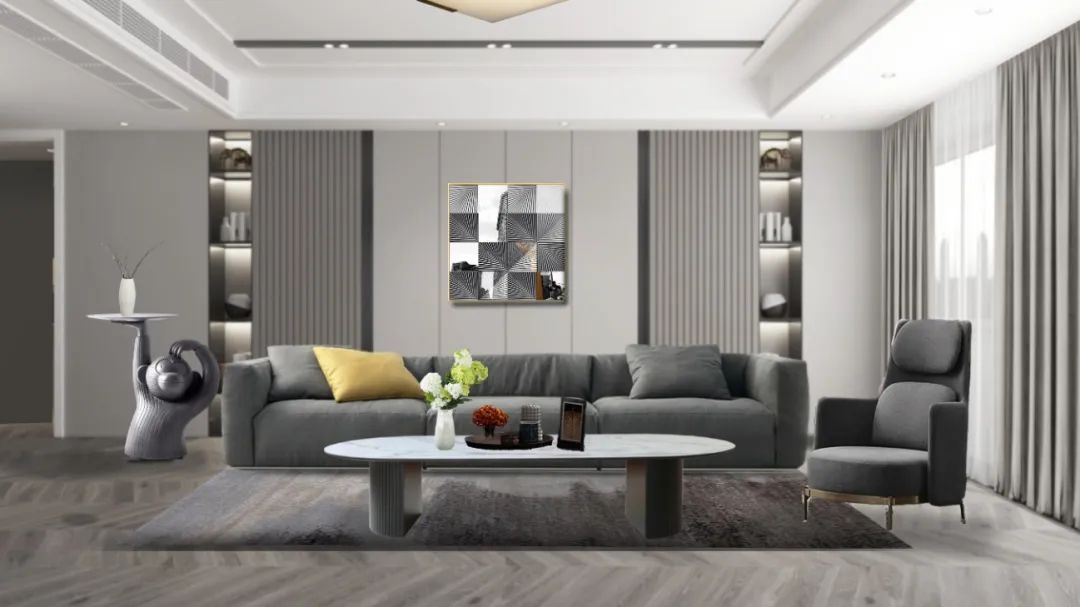 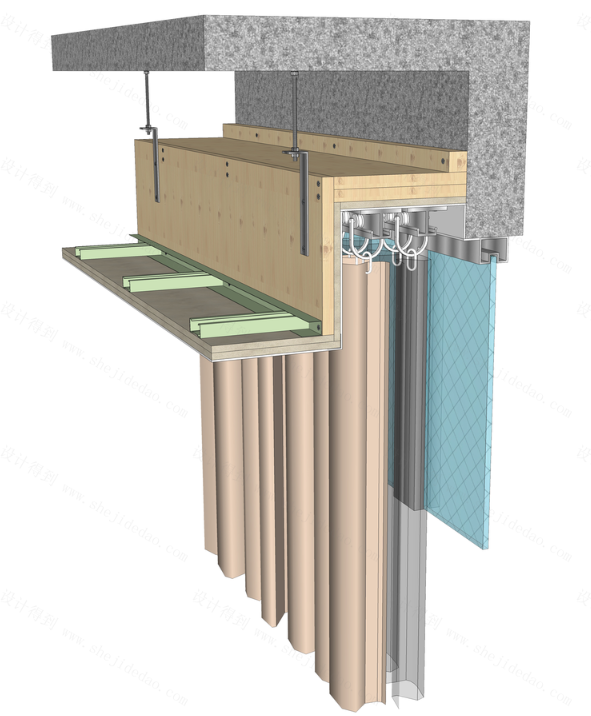 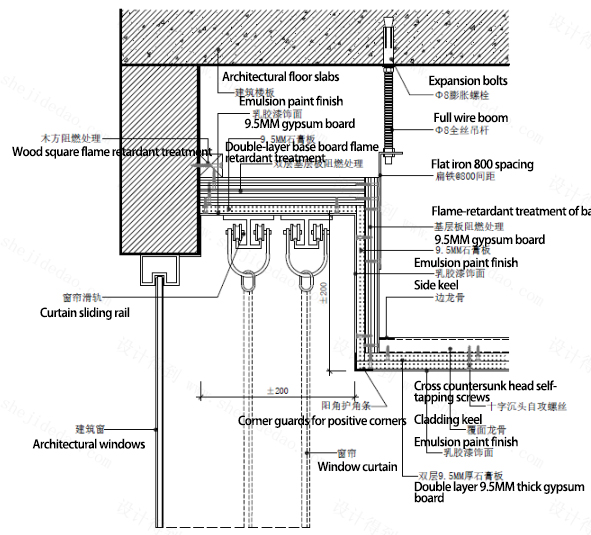 Concealed curtain box is currently the most common form of design we do, whether living room or bedroom, the use of this curtain box and the ceiling synchronous construction interface, you can achieve a natural transition, the entire space appears to be complete and generous. 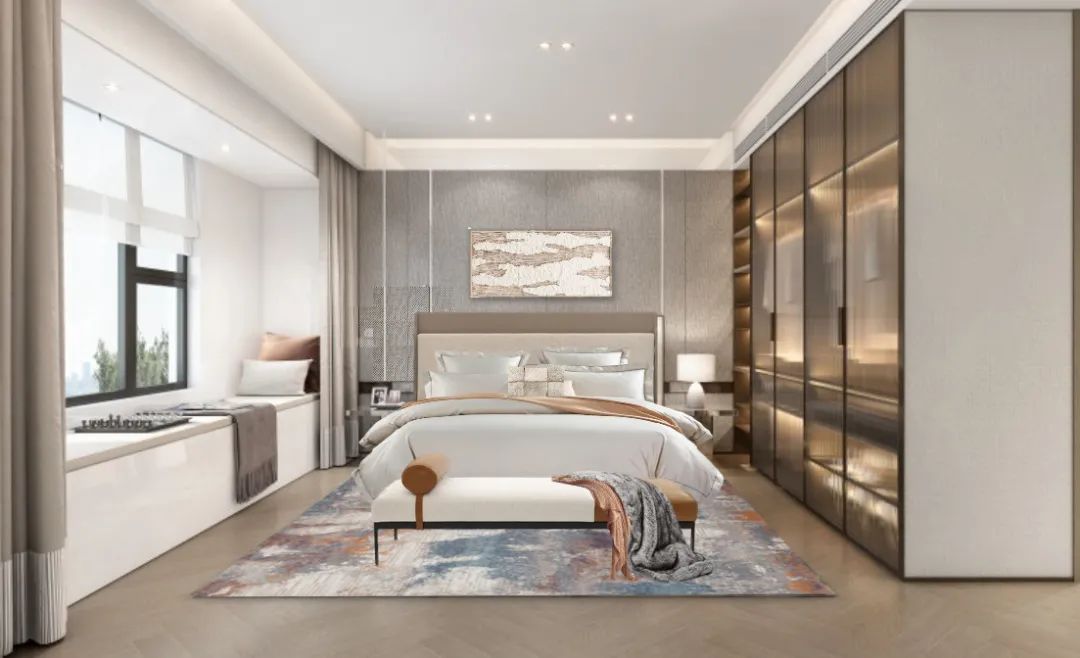 Open curtain box is in the ceiling plane, make a wall through the length of the shade plate, installed curtain track or curtain rod in the shade plate.

When the height of the ceiling does not allow or design style needs, you can also use the open curtain box. We also need to take into account the practicality and aesthetics, the width of the single curtain design can be 150mm, and the double curtain needs to be 200~250mm, the depth of the side panel also needs to be no less than 200mm, in order to play a hidden effect on the curtain rod and curtain head. 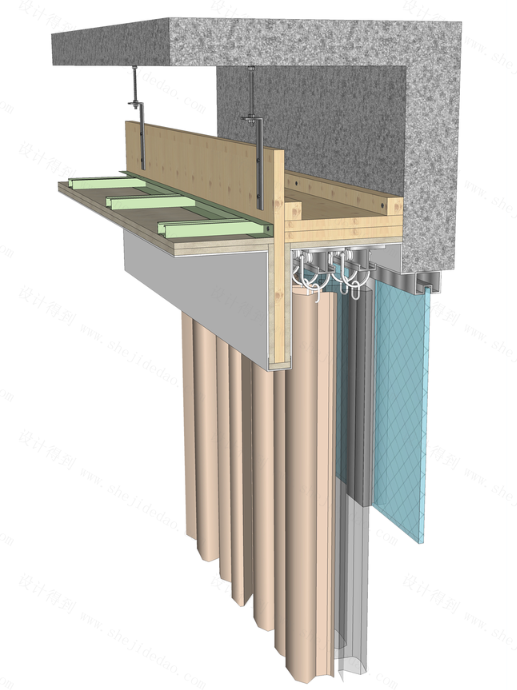 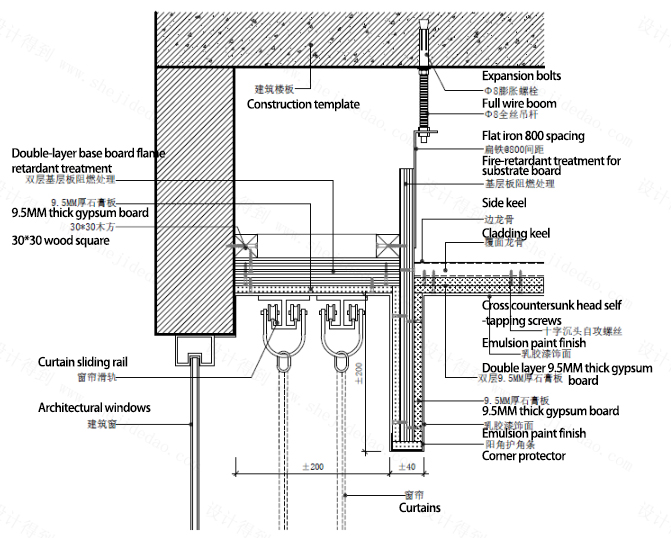 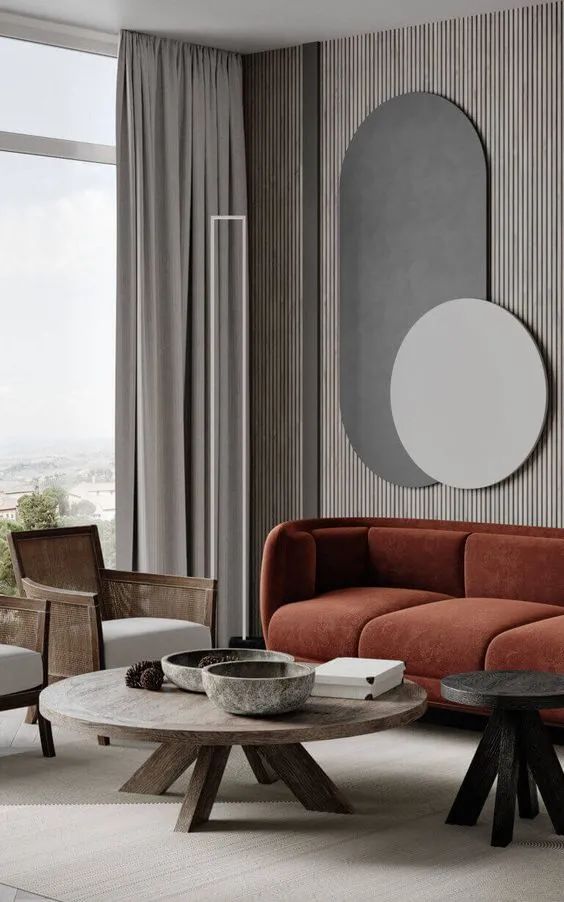 (1) The base board of the curtain box has joinery board and flame retardant board according to different fireproof requirements, and the common size specification is 2440*1220mm, and the thickness is usually 18mm. 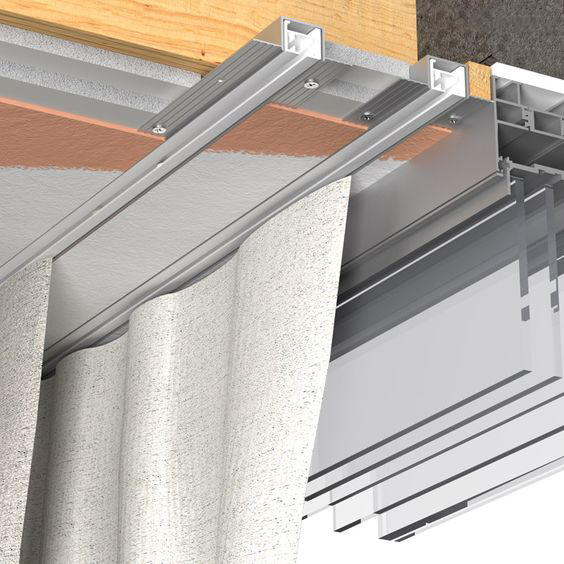 (2) Surface board according to the project budget and customer requirements, using the appropriate thickness of gypsum board is enough, the common specifications are 9.5mm, 12mm, 15mm, 18mm, 21mm, the size is 2400mm * 1200mm.

In some humid areas, gypsum board should be used moisture-proof and waterproof treatment, and need to pay attention to: the width of the curtain box is not large to avoid using small pieces of leftover material and use the cut whole board as far as possible to prevent cracks between the boards later and react on the latex paint.

In terms of length, it should be noted that the shortest length of the curtain box should exceed the width of the window by 300mm, i.e. 150mm on each side. our conventional design, for the visual effect of wall integrity, will generally do the curtain box to the ends of the wall. 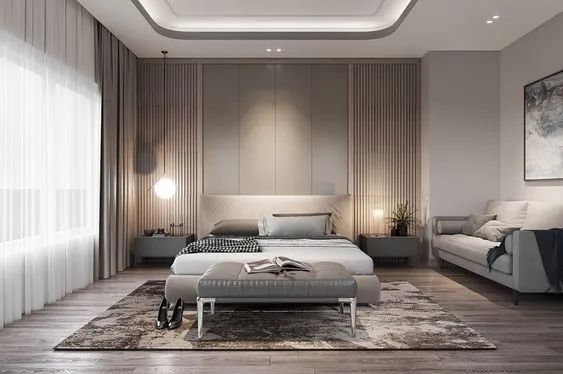 (1) The curtain box must be accurate and straight when it is made and the bolt points must be properly positioned. The bottom plate of the curtain box against the wall must be close to the wall to avoid deformation later. 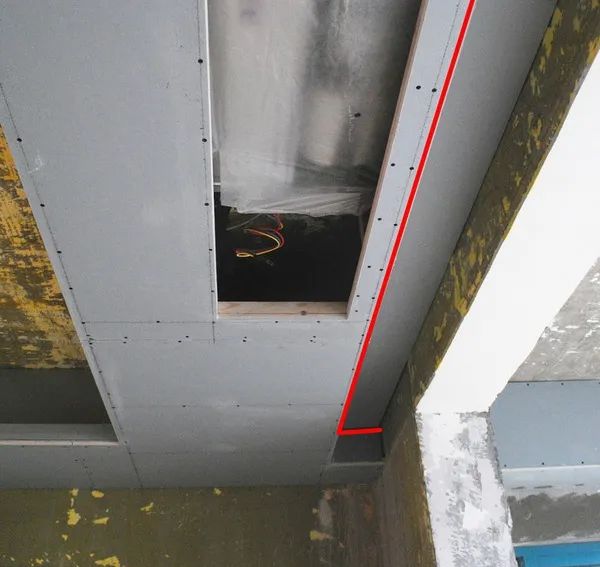 2) The installation of curtain track must be fixed on the keel of the base plate to ensure solidity. 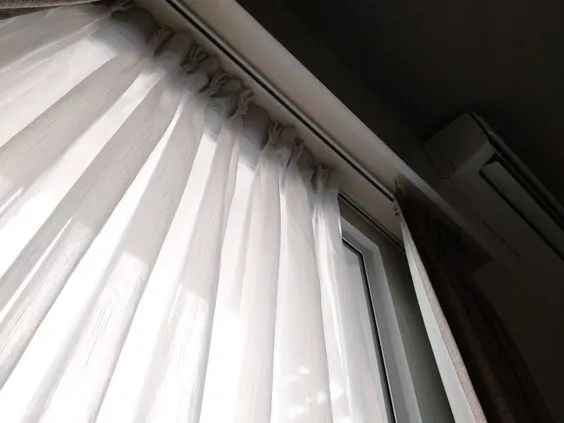 3) In many hotel design will add light strip in the curtain box, we need to take into account in the design and reserve the light slot during the construction. 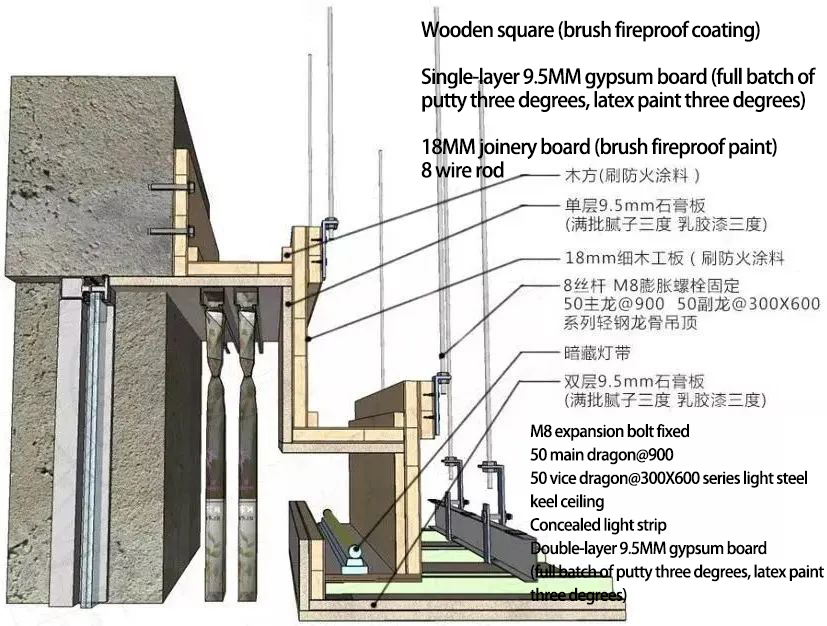 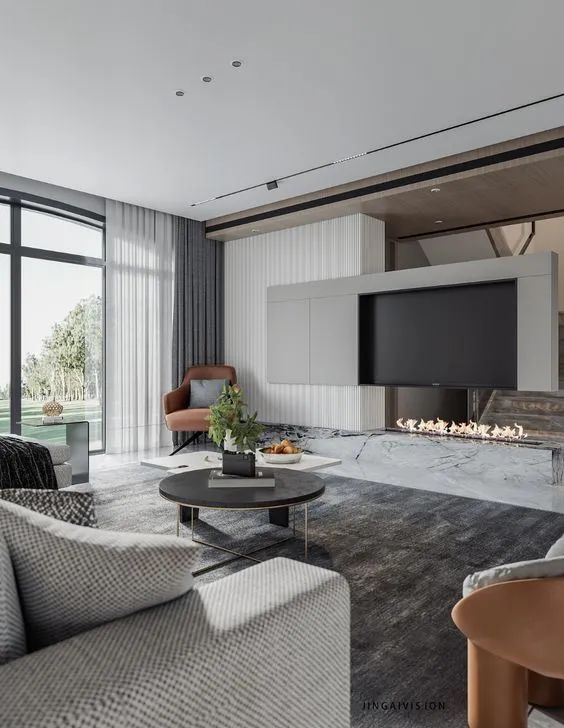 Nowadays, smart home has entered our life comprehensively, and become a must-have option for many young owners. We designers should of course keep up with the times and pay attention to the convenience and needs of users, especially the convenience and beauty of function realization should be taken into account. 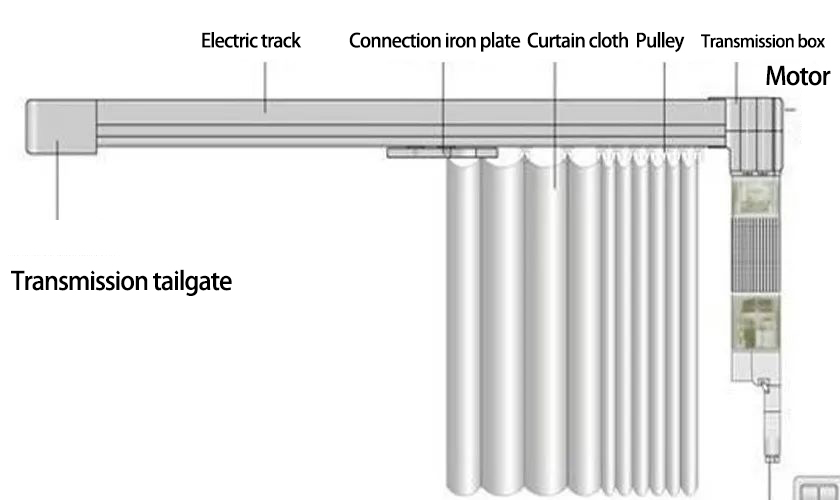 When designing, you need to consider the size and weight of the motor used in the smart curtain. However, with the development of technology, nowadays the mainstream motor size is getting smaller and smaller, the width and length are within 70mm, fully applicable to the conventional curtain box, no special customization.

And the motor is also mostly side-mounted, avoiding the danger of lasting weight-bearing curtain box, usually about 1.5KG motor side-mounted will not have any impact on the curtain box. 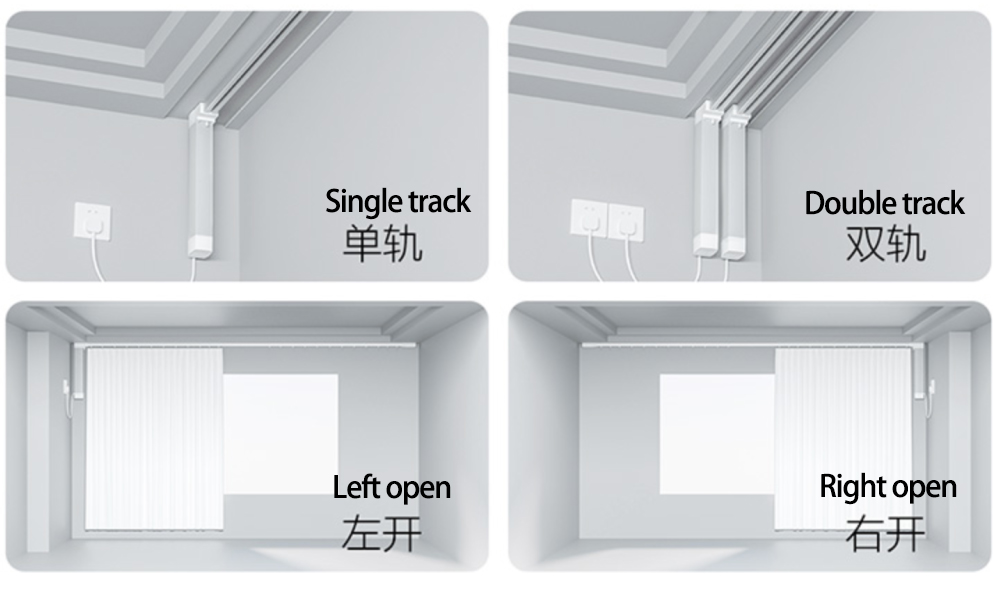 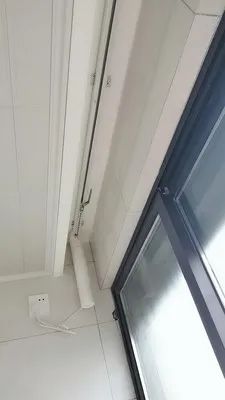 If we can take into account whether the single or double track at the time of design and arrange the socket within the vertical line of the outer edge of the curtain box, we can make sure that the curtain can cover up the line and make the wall more beautiful.

In addition, we also need to determine whether the curtains are single or double open and the opening direction according to whether there is a column in the corner. 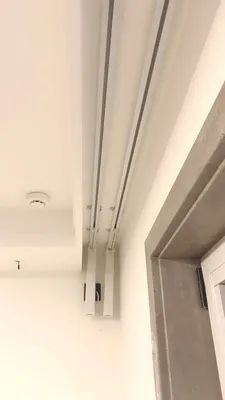 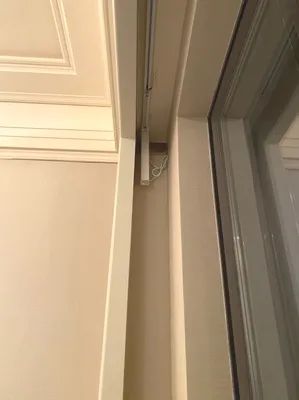 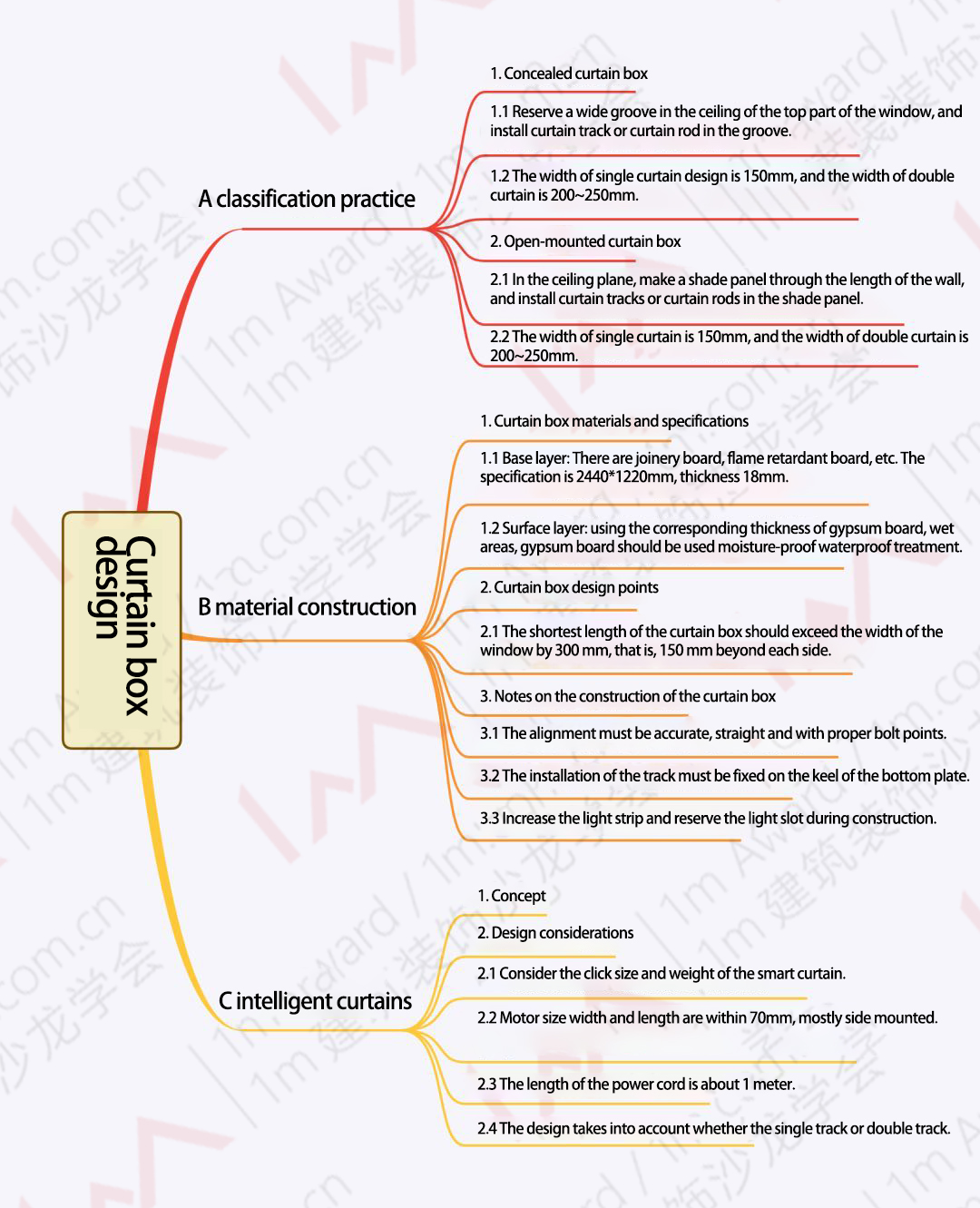 Share:
Prev： HOW TO CLEAN A BATHTUB
Next： The Latest Data | 2021 Japan Smart Toilet Penetration Rate Of 80.3%