The Canton Fair will not open this spring, when and how? The executive meeting of the State Council held recently gave the answer.

According to the Beijing News, the executive meeting of the State Council decided that the 127th Canton Fair will be held online in the middle and late June. This will be the first time that the longest-standing trade event in China’s history will be held entirely on the Internet, so that Chinese and foreign merchants can place orders and do business without leaving the house.

Under the global epidemic, many things have deviated from the established track, and foreign trade based on globalization is no exception. It can even be said that it has been hit hard. Statistics show that China’s foreign trade imports and exports amounted to 4.12 trillion yuan in the first two months of this year, a year-on-year decrease of 9.6%. However, despite the spread of the epidemic, Chinese and foreign merchants still have strong demands for international economic and trade cooperation.
In this context, the Canton Fair was not canceled, but changed online, which was also the result of the consensus of all parties including merchants. Under normal circumstances, if there is no epidemic situation, a large number of buyers will come to the Guangzhou venue this year to conduct on-site negotiations and transactions. However, in view of the accelerated spread of the epidemic in the world and the pressure of “foreign defense importation and internal non-proliferation” epidemic prevention and control in China, it is not realistic to continue to use the previous on-site procurement model. In the context of a full-scale outbreak of online business during the epidemic and the growing maturity of China’s digital economy infrastructure, holding an online Canton Fair is a viable alternative.

The online Canton Fair is not complicated. In terms of its specific operation mode, the exhibitor invites domestic and foreign merchants to display products online, use advanced information technology, provide 24/7 online promotion, supply and purchase docking, online negotiation and other services to create a high-quality feature Online foreign trade platform for commodities.

Therefore, this is just a change in the transaction medium. The traditional promotion, docking, negotiation and other links are moved to the cloud. To some extent, this is a large-scale “online shopping” that lasts for many days, but the protagonist of “online shopping” Became a business on both ends. The quality and efficiency of “online shopping” have already been verified daily. This online Canton Fair is worth looking forward to. 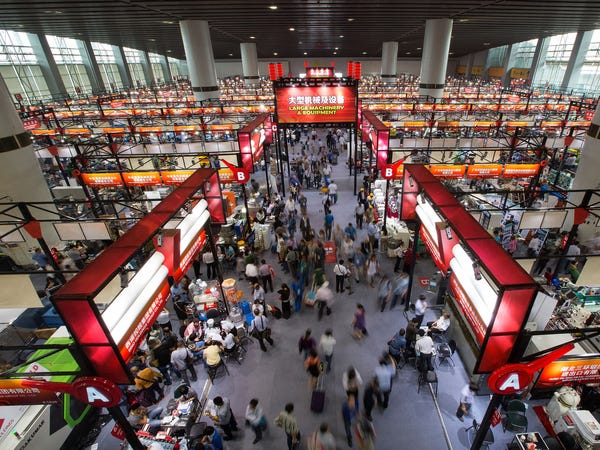 However, it is not so much that this completely online Canton Fair was forced out of the epidemic, but rather that it was the result of the digital construction of the Canton Fair over the years. More importantly, it represents the trend of future economic development.

In the future, with the continuous advancement of trade liberalization and social informatization, more and more trade activities will be launched online. Some experts predict that in the future, many exhibitions will be conducted online and offline at the same time. Therefore, the significance of this online Canton Fair is not only to ensure the uninterrupted history of the Canton Fair, to provide chips for “stable foreign trade”, but also to Provide templates for the online form of future foreign trade.

Of course, although the online Canton Fair is no longer restricted by factors such as booths, negotiation rooms, hotels, etc., it puts forward higher requirements for the construction of new infrastructure such as cloud computing, big data, and the Industrial Internet of Things. This also means that if the most important thing for the traditional Canton Fair in the past was to take volume, and after entering the online form, it is necessary to learn the intensive cultivation of trade and improve the quality of China’s foreign trade.

Share:
Prev： 2020 KBC Shanghai Fair delay holding
Next： Affected by the epidemic, we pay more and more attention to health and safety.