Blog
Home  Blog  6.4 Billion! Evergrande Second Sale Of Equity In The Joint Venture, The Latter Had Launched A Bathroom Brand

6.4 Billion! Evergrande Second Sale Of Equity In The Joint Venture, The Latter Had Launched A Bathroom Brand

According to the announcement made by Evergrande on August 1, Evergrande intends to sell its 11% stake to two buyers at a price of HK$3.20 per share for HK$2.069 billion and HK$1.182 billion respectively, totaling about HK$3.251 billion (about RMB 2.7 billion). Screenshot of the announcement of Hangteng Network 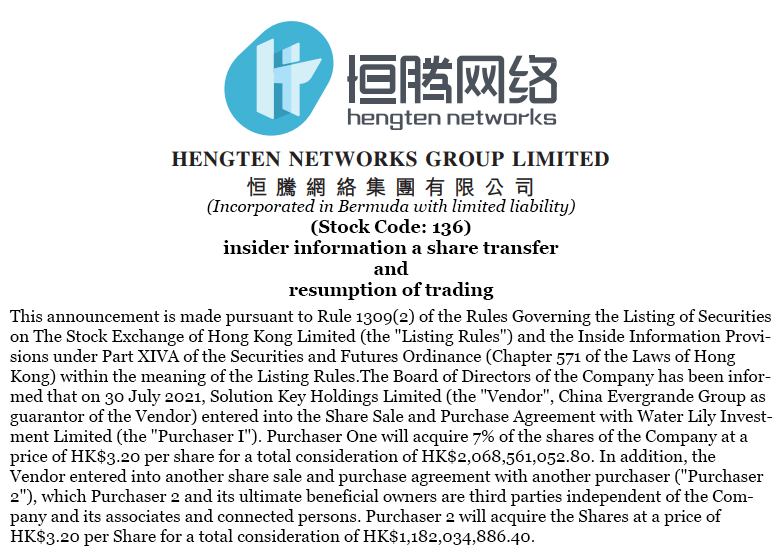 Screenshot of the announcement of Hengteng Network

According to the announcement, one of the two purchasers of the transaction is a wholly-owned subsidiary of Tencent Holdings Limited. which holds approximately 16.90% of the issued share capital of Hengteng Network as of the date of the announcement. The announcement did not specifically disclose the second purchaser, except to state that the company and its ultimate beneficial owner are independent of Everton Network and its associates and connected persons. Upon completion of the transaction, Evergrande’s shareholding in Hangteng Network will be reduced to 26.55%, but it will remain the largest shareholder. Tencent will hold approximately 23.90% of the issued share capital of Hang Ten Network, regaining its position as the second largest shareholder of the Company. The other buyer will hold 4% of the shares of Hengteng Network.

It is worth mentioning that Evergrande sold its stake in Hengteng Network at a price of HK$3.20 per share, which is close to a “50% discount” compared to the HK$6 price per share when Ruyi Film and Pumpkin Film founder Ke Liming acquired the shares earlier. The total consideration was 44.33%. The total consideration was HK$4.433 billion (about RMB 3.7 billion), and after the completion of the transaction, Ke Liming held 20.5% of the equity of Hengteng Network. Through the two transactions, Evergrande can realize RMB 6.4 billion capital return from it.

It is understood that Hengteng Network was formerly known as Massive Group, a Hong Kong-listed company. In 2015, it was renamed as “Hengteng Network Group Limited” after Evergrande and Tencent took a stake in it, and changed its main business to Internet home, Internet materials and intelligent community services. In 2020, Hengteng Network launched the bathroom brand “PuRui” and furniture brand “Chuxing”. It is regarded by the industry as a major move of Evergrande to integrate the upstream supply chain. 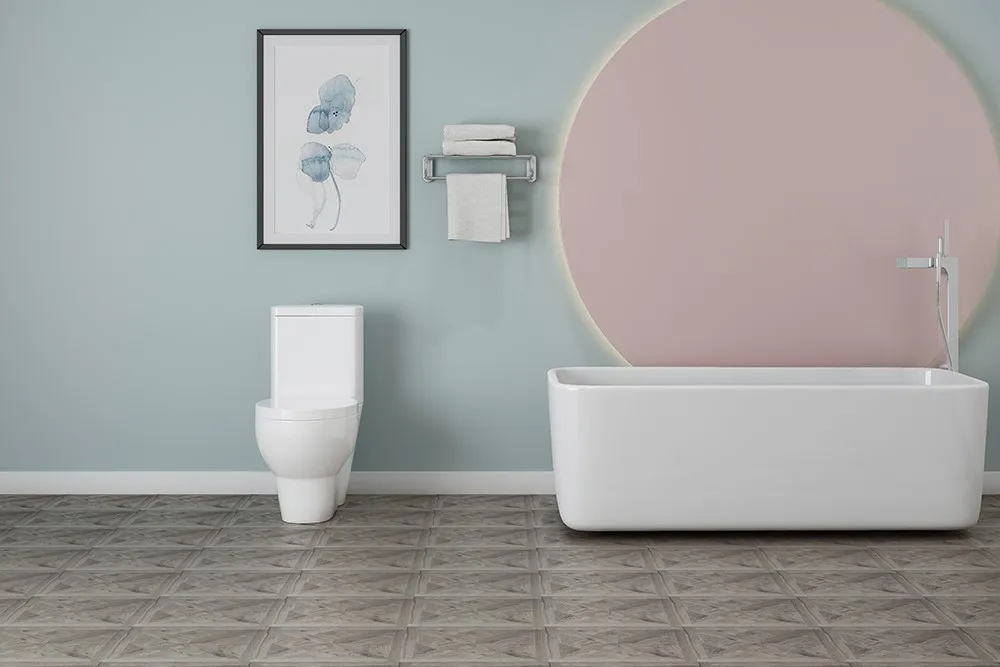 The bathroom products of “Purui” brand

Despite its continued efforts in the home sector, Hengteng Network’s performance in recent years has been less than satisfactory. Its revenue slipped from RMB 499 million in 2018 to RMB 230 million in 2020. Its gross profit also decreased from 358 million yuan to 110 million yuan over the 3-year period.

Perhaps because of its disappointment in the Internet home industry, Hang Ten Network has recently shifted its development center to the video entertainment industry. in October 2020, Hang Ten Network announced its HK$7.2 billion acquisition of VCEL Group (comprising Ruyi Pictures and Pumpkin Films). The acquisition was completed in January 2021. This time, Tencent took over part of the equity from Everest, and investors are also widely optimistic. After the news was announced on August 2, the share price of Everton Network rose sharply by 47.95%.

Evergrande “untied” the upstream supply chain, what is the inspiration for the bathroom industry?

In recent years, the integration of upstream supply chain of real estate enterprises has become an industry trend. Evergrande started to cooperate with giants of home appliances, furniture and home textiles from 2015. Beyoncé has set up home production bases in Zhaoqing, Xinyang, Chuzhou and Guangyuan, and also started its own production of intelligent sanitary ware and overall sanitary products in Chaozhou and Yangzhou. Midea Real Estate and Emperor Sanitary Ware jointly set up Ruiju Yuca to create a supply chain of assembled sanitary ware. Other real estate companies have also identified upstream suppliers to create a closed-loop supply chain. 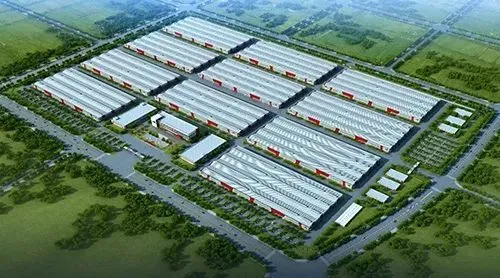 At a time when industrial integration is accelerating, Evergrande obviously has its own considerations in selling its equity in Hengteng Network. In fact, this is not the first time that Evergrande recently sold the equity of its holding company. According to an announcement made by Sofia on July 20, Sofia intends to transfer 40% equity of Henan Evergrande Sofia Home Limited Liability Company, a holding subsidiary of the company, held by Henan Evergrande Home Industrial Park Co. Before the equity transfer, it was held by Sofia with 60% shares; Evergrande Home Industrial Park with 40% shares. After the transfer, it is 100% owned by Sofia. 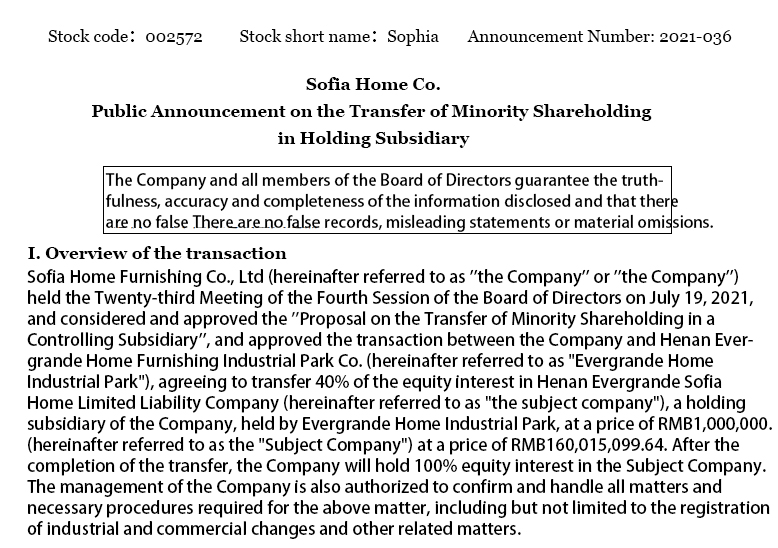 Previously, the industry has been widely rumored that Evergrande is in debt crisis. Although Evergrande said in June this year that the current interest-bearing liabilities of the company have dropped to more than 570 billion yuan from the peak of more than 870 billion yuan last year, this is still a huge debt figure for any real estate enterprise. In this sense, Evergrande sold Henan Evergrande Sophia Home Limited Liability Company and part of the equity of Hengteng Network one after another this time. This still plays a positive role although the funds recovered are not much.

In addition to financial considerations, Evergrande sold the equity of two holding companies, or “untie” the meaning of the upstream supply chain, in contrast to the practices of peers such as Cinnamon Garden and Midea Land. Home building materials industry has worried about the integration of real estate to the upstream supply chain will damage the interests of enterprises. So it seems, for sanitary ware and home furnishing enterprises, Evergrande move may also be a good thing.

Share:
Prev： No Sanitary Ware Factory In Kazakhstan, Other Building Materials Account For Only 50% Of Market Demand
Next： Plant Was Late To Move After Auction, The Court Stepped In To Force Vacating