Blog
Home  Blog  Plant Was Late To Move After Auction, The Court Stepped In To Force Vacating

Plant Was Late To Move After Auction, The Court Stepped In To Force Vacating

Recently, a company in Quanzhou won an industrial real estate of a sanitary ware enterprise with 13.63 million yuan. But when they paid in full, the original user was slow to move out, and finally the Nan’an Court Executive Board organized a special action to force vacate the property was successfully delivered to the buyer. According to incomplete statistics, so far this year there are more than 24 bathroom-related business assets were auctioned. According to the relevant laws, for enterprises conducting asset auctions, once the subject is successfully auctioned, the transfer of assets should be carried out in accordance with the law, otherwise it will be possible to violate the law.

Late move out after the auction

According to Quanzhou.com and Quanzhou Evening News, an enterprise in Quanzhou previously won an industrial property through a judicial auction. The industrial real estate was used by the original owner and was not moved out in time. Recently, the Executive Board of the Nan’an Court organized a special operation to force vacating and successfully delivered the property to the buyer. According to the photos of the enforcement site, the container towed away by the enforcement vehicle was engraved with the word “SUNLOT”. The number of auction bids and the auction amount of SUNLOT so far this year also match with the reported content. 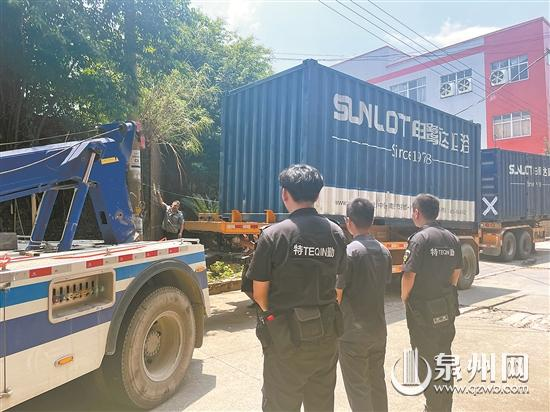 According to the report, from September 5, 2014 to September 24 of the same year, SUNLOT borrowed a total of RMB 130 million from Bank of China Nan’an Sub-branch. After that, they failed to pay the interest as promised and failed to repay the principal when it was due. The bank then filed a lawsuit with the Quanzhou Central Court, which ruled on March 31, 2016 that SUNLOT should repay Bank of China Nan’an Sub-branch RMB 130 million and interest penalties. The bank applied to the Nan’an Court for enforcement on January 7, 2019. On the one hand, the legitimate rights and interests of the applicant executor were in urgent need of protection, and on the other hand, whether the once well-known enterprise could operate normally and whether hundreds of workers would face unemployment. The court weighed the interests of all parties, that the current situation to take coercive measures to achieve the actual effect. After obtaining the bank’s support, the enforcement procedure was terminated.

On December 12 last year, the Bank of China Nan’an Branch came to the Nan’an Court to request the resumption of enforcement. The judge in charge learned that SUNLOT sales were low and faced greater risk due to the epidemic. After deliberations of the panel, it was decided that three industrial real estate properties under its name and other assets would be judicially auctioned in accordance with the law. 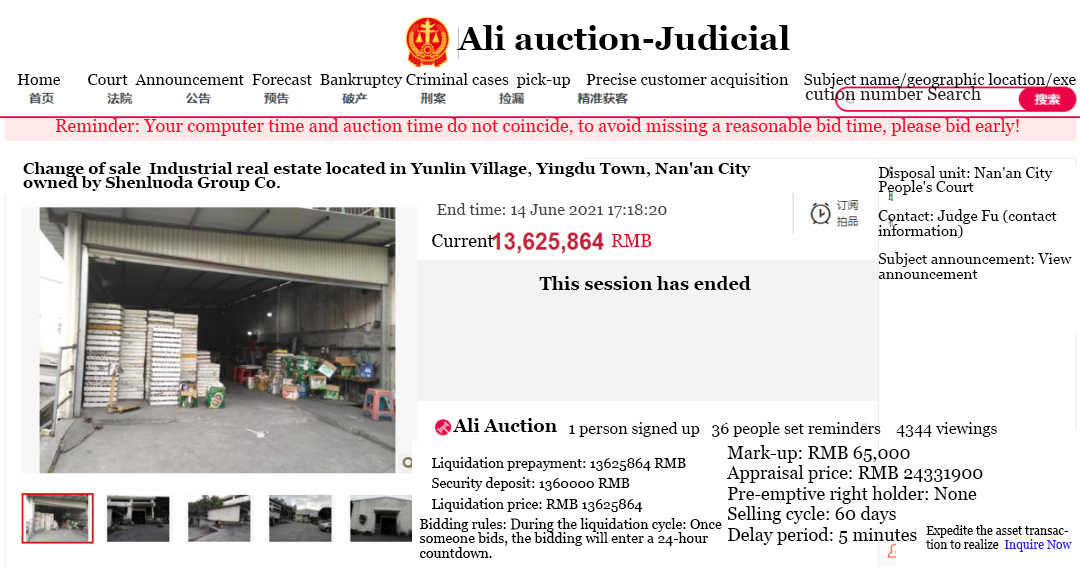 After the completion of the auction process, the contractor judge repeatedly did ideological work for SUNLOT and requested it to move out of the house involved in the case by itself within a certain period of time, but SUNLOT refused to move out. On July 28, the enforcement police arrived at the scene and read out the ruling of forced vacating to SUNLOT, and finally the forced vacating of the industrial property was completed and delivered to the buyer. 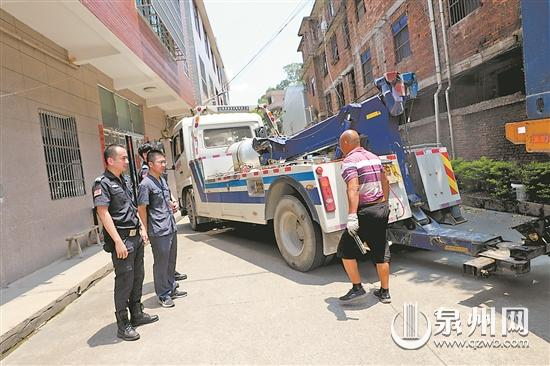 The assets were auctioned to West River Sanitary Ware for 176.8 million yuan

This is not the first time SUNLOT’s assets were auctioned. According to previous news, on December 29, 2020, the assets under the name of SUNLOT – “located in Hengzhan valve base in Yingdu town, Yingdu town, Longjiang village, Yingdong village industrial real estate” in Ali auction online by Nanan City The second public auction was held by the People’s Court of Nan’an City, and was finally won by Quanzhou Xihe Kitchen & Sanitary Technology Co. 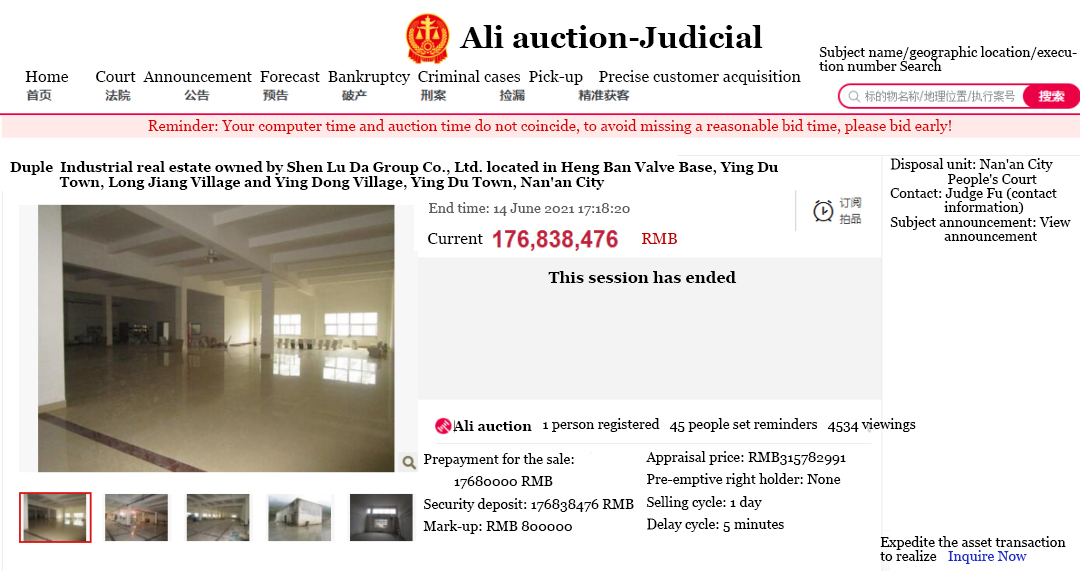 Known as one of the “four families of Nan’an”, SUNLOT has experienced ups and downs in recent years. Since 2015, SUNLOT was exposed to be in a financial dilemma, and in 2019, the media even exposed SUNLOT’s breach of trust involving hundreds of millions of dollars. According to the public data of the Supreme People’s Court, there are more than 20 pieces of untrustworthy execution information involving “SUNLOT Group Co. Although facing a capital chain crisis, SUNLOT has been maintaining normal operation. In May this year, SUNLOT also participated in the 2021 Shanghai Kitchen & Sanitary Exhibition, displaying intelligent toilets, showers, bathroom cabinets and other products, and in June carried out a series of activities to celebrate the centenary of the Party, showing the vitality of the enterprise.

More than 24 sanitary enterprises have been auctioned assets since this year,

The highest opening price of 66.06 million

According to incomplete statistics, the first half of 2021 a total of 14 bathroom enterprises were auctioned off assets. Many of them have gone bankrupt, such as Wenzhou Jiuya Sanitary Ware Co. There are enterprises have been bankruptcy years ago, but the asset auction is still ongoing. 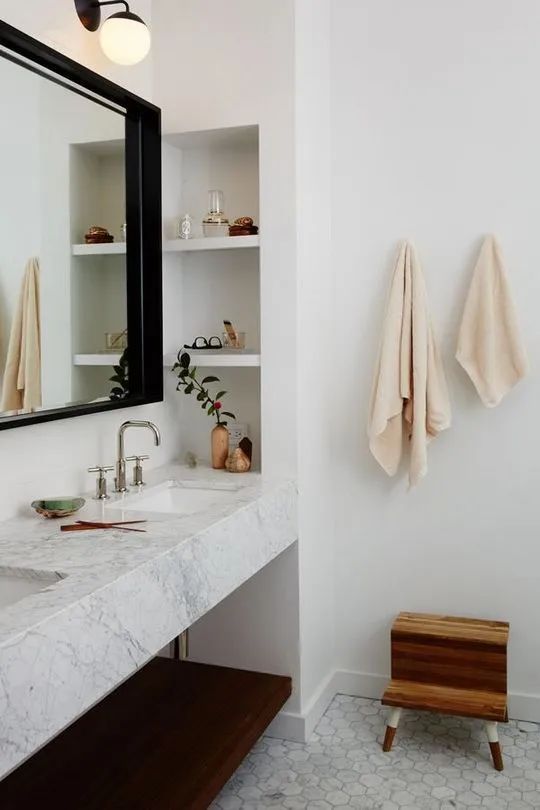 It is understood that the real estate auction transaction or offset, the real estate from the auction transaction or offset ruling served on the buyer or bearer transfer. Article 3 of the Civil Code of the People’s Republic of China provides that the personal rights, property rights and other lawful rights and interests of civil subjects are protected by law and may not be infringed upon by any organization or individual. Also according to the Criminal Law of the People’s Republic of China, a civil court’s judgment or ruling is capable of being executed but refuses to do so. If the circumstances are serious, the penalty shall be fixed-term imprisonment of not more than three years, detention or a fine. If the circumstances are particularly serious, the penalty shall be imprisonment for a fixed term of not less than three years and not more than seven years, and a fine. Therefore, enterprises conducting asset auctions should transfer their assets in accordance with the law once the subject is successfully auctioned, otherwise they will be at risk of violating the law.