On April 11, the organizer of the Shanghai Kitchen & Bath Show, Global Exhibition, released a notice on the postponement of the China International Kitchen & Bath Show 2022 (27th) – KBC2022. The notice indicates that a new round of epidemic has broken out in Shanghai and many places in China, and the situation of prevention and control is serious and complicated. In accordance with the overall deployment of the national epidemic prevention and control and the requirements of local prevention and control in Shanghai, in order to effectively protect the health, safety and exhibiting effect of exhibitors, visitors and industry colleagues, the organizers decided: 2022 China International Kitchen and Bathroom Facilities Exhibition (27th), originally scheduled for June 8-11, 2022 at the Shanghai New International Expo Center, was postponed. 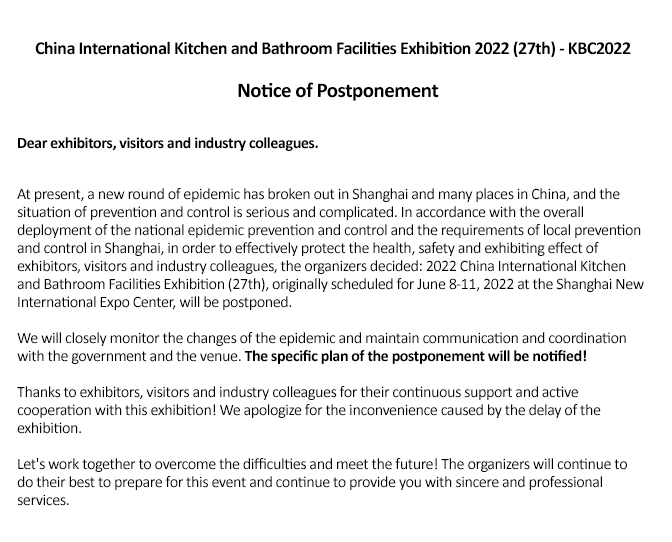 In view of the seriousness and complexity of the domestic COVID-19 epidemic situation, exhibitions and other large-scale activities around the country have pressed the “pause button”. At present, the first half of the important home exhibition has all announced the postponement, including Shanghai Construction Expo, Shanghai Hotel Exhibition, AWE, Shenzhen Fashion Home Design Week, Foshan Pottery Fair, Guangzhou Home Expo and so on.

On March 11, China National Fair CIFF organizer China Foreign Trade Guangzhou Exhibition Co., Ltd. issued an announcement that, according to the Office of the Joint Conference on the Reform and Development of the Exhibition Industry of Guangzhou “emergency notice on the suspension of recent exhibition activities”, all exhibition activities in Guangzhou City have been suspended since March 11. The 49th China (Guangzhou) International Furniture Fair and the 2022 China Guangzhou International Furniture Production Equipment and Ingredients Exhibition, originally planned to be held on March 18-21 and 28-31, 2022, will be postponed. The specific time of the exhibition will be notified as appropriate.

In 2022, the China Construction Expo (Shanghai) is postponed

On March 3, the official microblogging of China Construction Fair said that due to the recent outbreak of local epidemic in Shanghai, based on the overall situation of epidemic prevention and control, in order to protect the vital interests and personal safety of exhibitors, visitors and the majority of industry colleagues attending the event, it has been prudently decided that the 2022 China Construction Fair (Shanghai), originally planned to be held from March 22 to 24, will be postponed to May 4-6, 2022. The event will continue to be held at the National Convention and Exhibition Center from May 4 to 6, 2022. 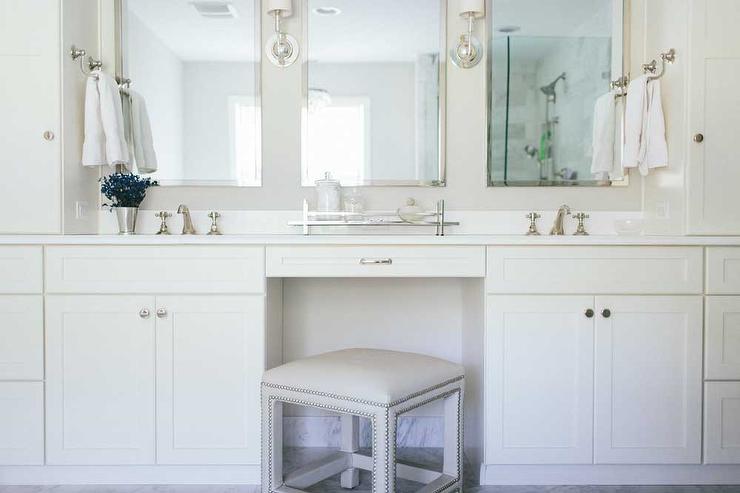 Share:
Prev： With Reference To Europe, Will Chinese Kitchen And Bathroom Brands Usher In A Booming Period Of Capital Betting
Next： China-Made Bathroom Mirrors Occupy The Main Market In France, Mostly From Zhejiang And Guangdong