In the second half of August, the sanitary industry related listed companies have announced the 2020 semi-annual report. Affected by the epidemic, a number of enterprises in the first quarter of a large decline, the second quarter gradually returned to normal operations. Even so, the first half of the sanitary ware companies or out of a very different growth route, such as Huida bathroom, R & T and other companies revenue and net profit declined; Diou home in revenue and profit two financial indicators are to achieve growth; Seagull Sumitomo although revenue increased, but net profit recorded a large drop. Obviously, the epidemic brings different trials and opportunities for each company.

Retail Channel Down, Engineering Channel Up

According to the announcement, Huida bathroom in the first half of the domestic market achieved operating income of RMB 949 million, a decrease of 10.89%, of which the first quarter decreased by 32.84%, the second quarter returned to growth, with a growth rate of 6.58%. Huida bathroom domestic business is divided into retail channels and engineering channels, the two channels contributed revenue of RMB 608 million and RMB 341 million respectively. . Foreign, first-half operating income of RMB 368 million, of which the first quarter down 2.72%, the second quarter down 18.88%, an overall decline of 11.75%.

According to the semi-annual report, Solux achieved operating income of RMB 835 million in the first half of 2020, an increase of 5.46% year-on-year, but the net profit attributable to shareholders of listed companies fell by 3.72% to RMB 111 million in the same period, Solux said that the new crown epidemic caused a big impact on the global economy, but the impact on the company as a whole is limited, and several hotspots such as contactless, antibacterial, filtration, etc., have been affected by the epidemic. The demand for themed products, such as induction faucets, increased significantly. On the basis of the steady development of the original categories, the company continues to actively promote the category IDM strategy, and the layout of new business and new categories has achieved remarkable results.

Solux’s business is divided into two categories according to its positioning: IDM business of categories and “Solux-Home” business. The “Solux-Home” model will provide target customers with one-stop products and services from interior design and decoration to whole house customization and soft furnishings, etc. The first “Solux-Home” will be opened in Xiamen in the first half of 2020. 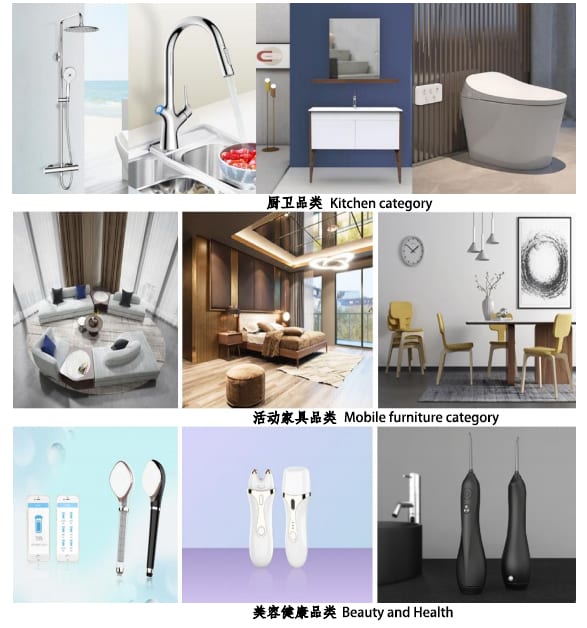 In the first half of the year, Solux invested RMB 110 million to establish a wholly-owned subsidiary, Solux Building Materials Co. In addition, Solux also made two major non-equity investments in the first half of the year, namely, the “relocation and expansion project of faucet and shower system” and the “expansion and technical improvement project of showerhead and its accessories”, with a cumulative investment of over RMB395 million as of the end of June.

Net Profit Down Over 20%

From January to June 2020, Seagull Sumitomo achieved an operating revenue of RMB1,321 million, up 10.71% year-on-year. Despite the increase in revenue, net profit attributable to shareholders of the listed company fell 24.50% to RMB41 million and basic earnings per share narrowed to RMB0.0741 from RMB0.1104 in the same period of 2019.Seagull Sumitomo said that the first quarter was affected by the epidemic, but operating income in the second quarter rose 90.95% year-on-year, up 34.40%, achieving significant growth. 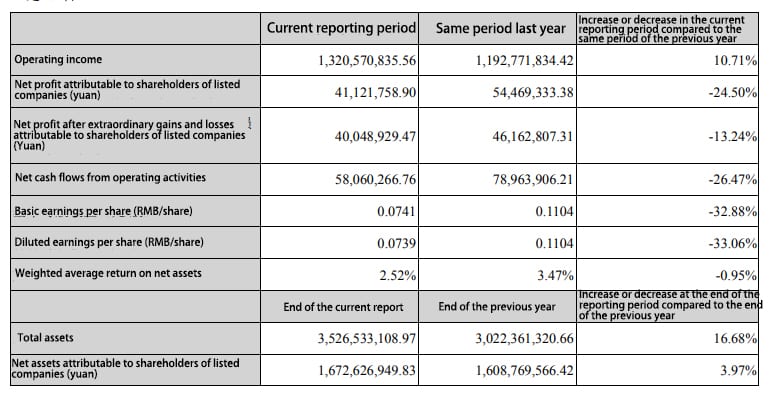 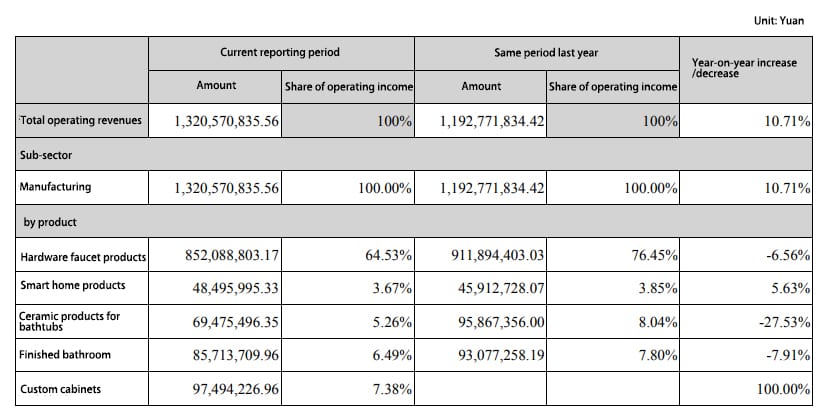 Geographically, Seagull’s domestic and international revenue accounted for 41.59% and 58.41% of its total revenue in the first half of the year, respectively. Compared to the previous year, domestic revenue increased by 40.32%, while foreign revenue declined by 3.75%.

In the first half of the year, Seagull Sumitomo’s major capital move was the acquisition of 100% of the shares of Kezhu Integration. At the same time, Seagull’s holding subsidiary Suzhou Seagull Nestlé changed its name to Suzhou Seagull Nestlé Housing Technology Co. “, marking the nesting business from the whole bathroom to the home fully installed, accelerating the process of industrialization of the company’s residential interiors. 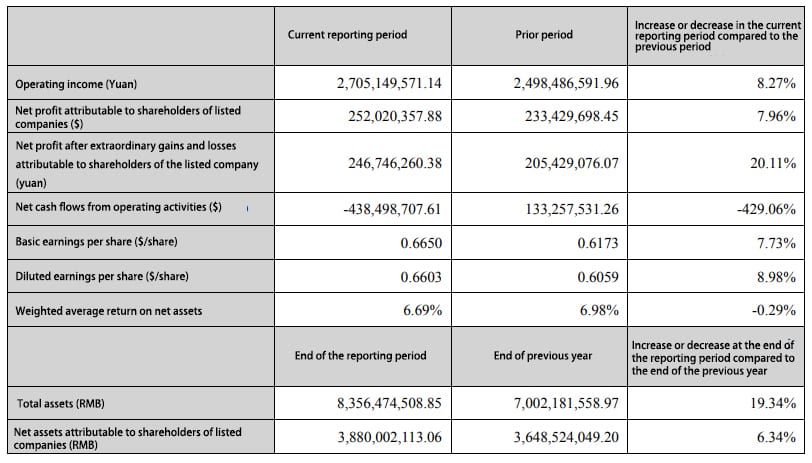 Diou’s business mainly involves tiles, sanitary ware and acrylic panels. In the first half of the year, the revenue of sanitary products was RMB182 million, a decrease of 10.04% year-on-year. In comparison, revenue from ceramic wall and floor tile products increased by 10.16% to RMB2,456 million. 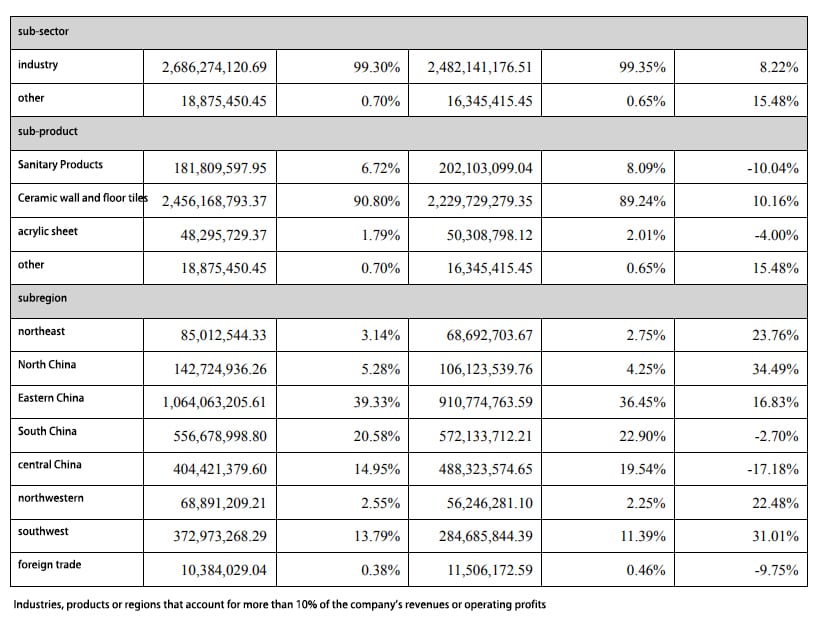 Significant Decrease In Net Profit Of 43.70%

On August 24, R&T announced its semi-annual report for the year 2020.From January to June 2020, R&T achieved operating revenue of RMB462 million, down 10.98% year-on-year, and net profit attributable to shareholders of the listed company of RMB45 million, down 43.70% year-on-year. 25.99% and then gradually recovered to increase operating income by 3.5% in the second quarter compared to the same period in 2019. 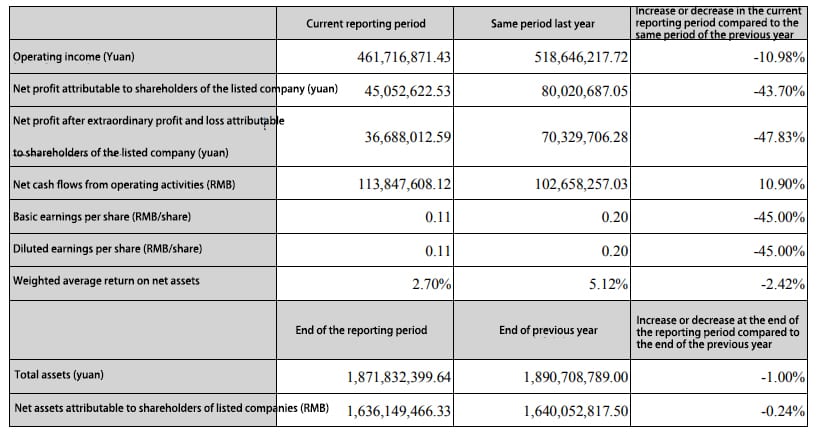 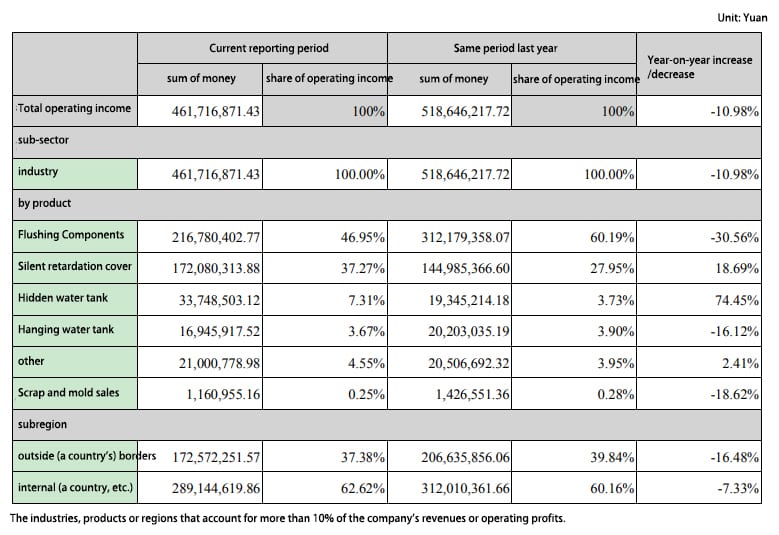 By region, R&T’s revenue declined in both domestic and overseas markets in the first half of the year, by 16.48% and 7.33%, respectively. According to the announcement, R&T’s customers include well-known foreign bathroom companies such as Roca, Inez, Kohler and American Standard.

According to Oppein Home’s previously announced results, the company’s operating revenue and net profit in the first half of 2020 fell by 9.88% and 22.70% to CNY4.966 billion and CNY489 million, respectively, and basic earnings per share shrank to CNY1.18 from CNY1.51 in the same period last year. 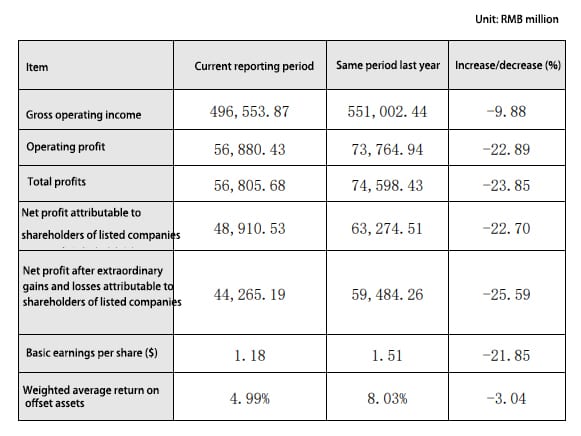 Oppein Household said that the impact of the epidemic, the first half of the housing sales transactions and delayed demand for renovation, the decline in demand for household products, the epidemic superimposed on the consumer environment changes on the custom home furnishing industry impact is more obvious. In addition, in recent years, hardcover and installed channels to enhance the proportion of home furnishing retail market pattern has brought major changes, on the one hand, the cabinet, bathroom and other retail furniture market share by hardcover squeeze obvious, on the other hand, fully customized (wardrobe) as a home decoration of the flow entrance position more prominent.