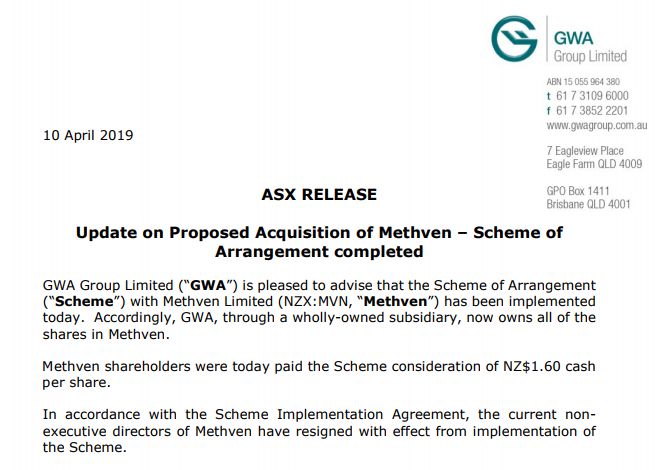 The GWA Group includes Caroma, Dorf Clark, Gainsborough, Gliderol, EcoSmart, and other brands of hardware and sanitary ware, and solar water heaters. The whole group mainly focuses on the kitchen and bathroom segment to drive the overall business growth. On March 27th, GWA Group received approval from the High Court of New Zealand for the acquisition plan. On April 10, the company announced the completion of the acquisition of Methven, a New Zealand shower and faucet manufacturer, at a price of NZ$1.60 per share, or approximately NZ$118 million (RMB531.5 million).

The acquisition is said to bring together Australia and New Zealand’s TOP kitchen and bathroom brands, with GWA Group’s Caroma, Dorf, and Clark brands primarily selling bathroom products. Methven, on the other hand, mainly focuses on shower and tap products.

Commenting on the deal, Martin Walker, CEO of Methven UK, said, “GWA and Methven are very much aligned in terms of vision, culture, ambition, and the way they operate in their respective markets.” The acquisition of Methven bridges a gap in the GWA Group’s market for taps and showers in Australia. The GWA Group hopes that the combination of the two will provide significant growth opportunities in the UK market and globally. 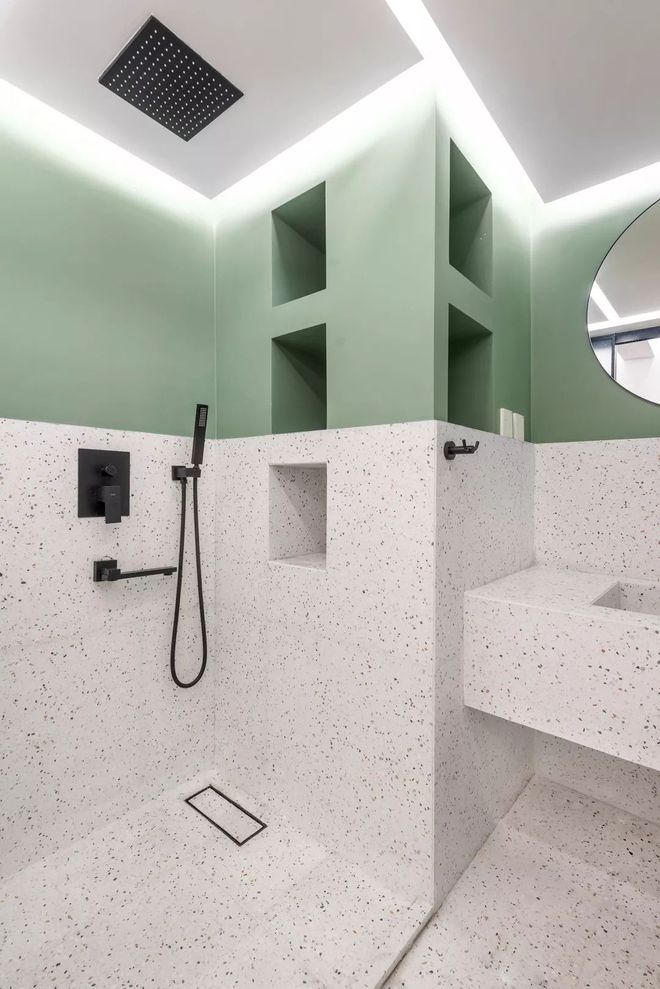 Methven had acquired Guangdong Heshan Everson Sanitary Ware Industrial Co. for about $10 million in 2013, hoping to boost Metheven’s profits. Prior to that, the two companies had worked together for many years and had a close relationship, with Methven designing faucets and valve products and Evenson manufacturing and supplying them.

According to news reports at the time, Methven selected a general manager to move into Evenson. Zhuang Hui will also continue to stay for a two-year transition period until 2015. The kitchen and bathroom information query industry and commerce information found that the current legal representative of Ewenson bathroom is HuiZhuang that is Zhuang Hui.

Methven officially entered the Chinese market in 2016, but the development has been lukewarm. In the fiscal year 2018, Methven signed 44 new distributors in China and Southeast Asia. The GWA Group has also taken into account Methven’s international market achievements, as indicated by previous news. The GWA Group had also announced its future plans to expand the UK, China, and Southeast Asia markets before the acquisition was completed. Methven also hopes to open 200 stores in China by 2022/23 and to reach RMB 40 million in revenue in China by 2022. The GWA Group also hopes to leverage the power of the Methven brand to increase sales revenue in the UK by 30%.

Share:
Prev： The 130th Online And Offline Canton Fair Will Be Held
Next： After Turning Off The Shower, The Water Suddenly Flows. Is This A Quality Problem? Read It And Tell Your Customers!