In mid-October, Ideal Standard announced the closure of its last factory in Italy. The plant, located in Veneto Belluno, Italy, was closed due to high production costs and lack of competitiveness. The plant’s 500 employees were at risk of being laid off. At the same time, another compressor manufacturer in the region, China’s Wanbao Acc plant, also announced its closure due to bankruptcy. 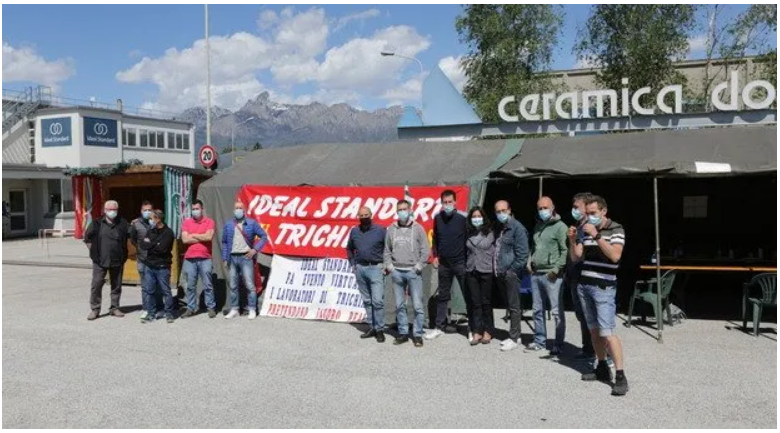 The bathroom factory, formerly known as Ceramica Dolomite and later acquired by Ideal Stardard, mainly produced sanitary ceramics. It now employs 500 people and is a legacy of the “de-industrialization” of traditional Italian industry and the relocation of labor-intensive industries. The factory has survived until now, in part because of the commitment of the original workers, who invested 170 euros of their own money in a five-year renewal of the factory. Nevertheless, these workers may also face unemployment.

On Nov. 13, 1,000 local people participated in a demonstration in defense of Acc and Ideal Standard workers. 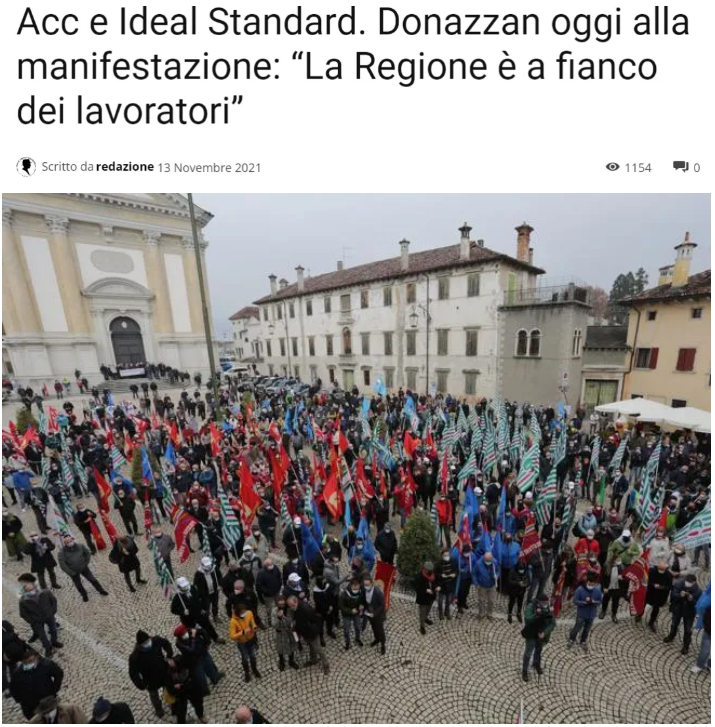 The union has had several discussions with the company over the past year or so and there have been no answers. Ideal Standard has allegedly said it is willing to discuss all demands made in terms of industrial continuity, including a possible takeover by a competitor, the sale of the Ceramica Dolomite brand and any other demands that might help attract new industrial investors. But the dispute is complex and there is the key issue of production continuity. The region is under severe pressure from the employment impact and production crisis, and the cost of raw materials and energy has reached unsustainable levels.

Although the local sanitary ware market was growing and Ideal Standard was strategic and symbolic for the Veneto region, this was no longer important.

The premature “deindustrialization” of Italy has led to problems in the structure of the economy and employment. Since 2007, Italy has undergone an unprecedented de-industrialization process, losing at least 13% of its industrial capacity. The resulting loss of union jobs in manufacturing and construction has exacerbated the instability of labor relations, a process of austerity and deepening structural reforms. Italian export growth in recent years has been supported mainly by trade in services, with goods trade growth continuing its downward spiral. In 2018-2019, Italy’s GDP saw two consecutive quarters of decline, stepping into a technical recession. In 2008-2009 and again in 2012-2014, Italy fell into recession twice.

In the first quarter of 2021, 9,135 companies in the Veneto region shut down due to both the epidemic and the “de-industrialization”; 5,000 fewer companies were registered in 13 months compared to the same period in 2018/2019.

The closure of Ideal Standard’s Frosinone Province plant in Italy’s Lazio Region in 2017 also prompted worker demonstrations and protests, and the withdrawal of any major plant has an impact on regional employment. The closure of the Veneto plant may have a more profound impact on the short supply chain of the Italian bathroom industry.