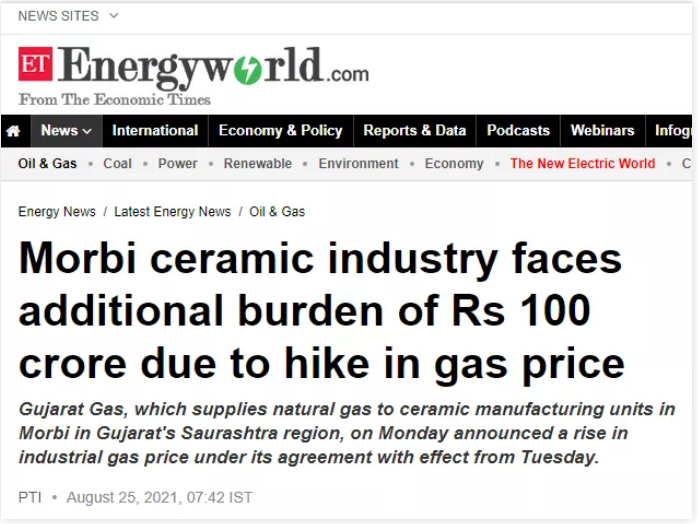 According to the Times of India, an increase in industrial gas prices by Indian gas company Gujarat Gas Ltd (“GGL Gas“) will cost the country’s largest ceramics cluster, Morbi, an additional Rs1 billion in gas costs.

GGL Gas company announced on 24 August that it would increase the price of industrial gas for companies producing sanitary ware and tiles in the Morbi and Surendranagar regions by approximately Rs 5 per standard cubic meter (Rs 4.37 including tax) to a final price of Rs 37.51 per standard cubic meter, with effect from the same day. The price of gas for residential use remains unchanged.

The increase in industrial gas prices is mainly due to the significant increase in LNG prices in the international market. Recently, there has been a relatively large increase in the global price of natural gas. Prices in the Chinese market also exceeded RMB 5,400 per tonne, a price increase of over 100% compared to the same period the previous year, while prices in the US market also reached their highest level in almost 10 years.

According to data released by the China Building and Sanitary Ceramics Association, as of 2020, the natural gas usage rate of building pottery enterprises has increased from less than 15% to about 55%. However, with the proposed carbon neutral and carbon peak, the industrial gas ratio will not increase after 2025 and the proportion will decrease after 2030. Natural gas is carbon-neutral transitional energy, electricity will become the future of the “main energy force”, and electric firing kilns will be the new direction of energy technology development in the building and sanitary ceramics industry. It is understood that, at present in Guangdong, Fujian, Shandong, Sichuan, Liaoning and other production areas, most enterprises have completed the clean energy transformation. 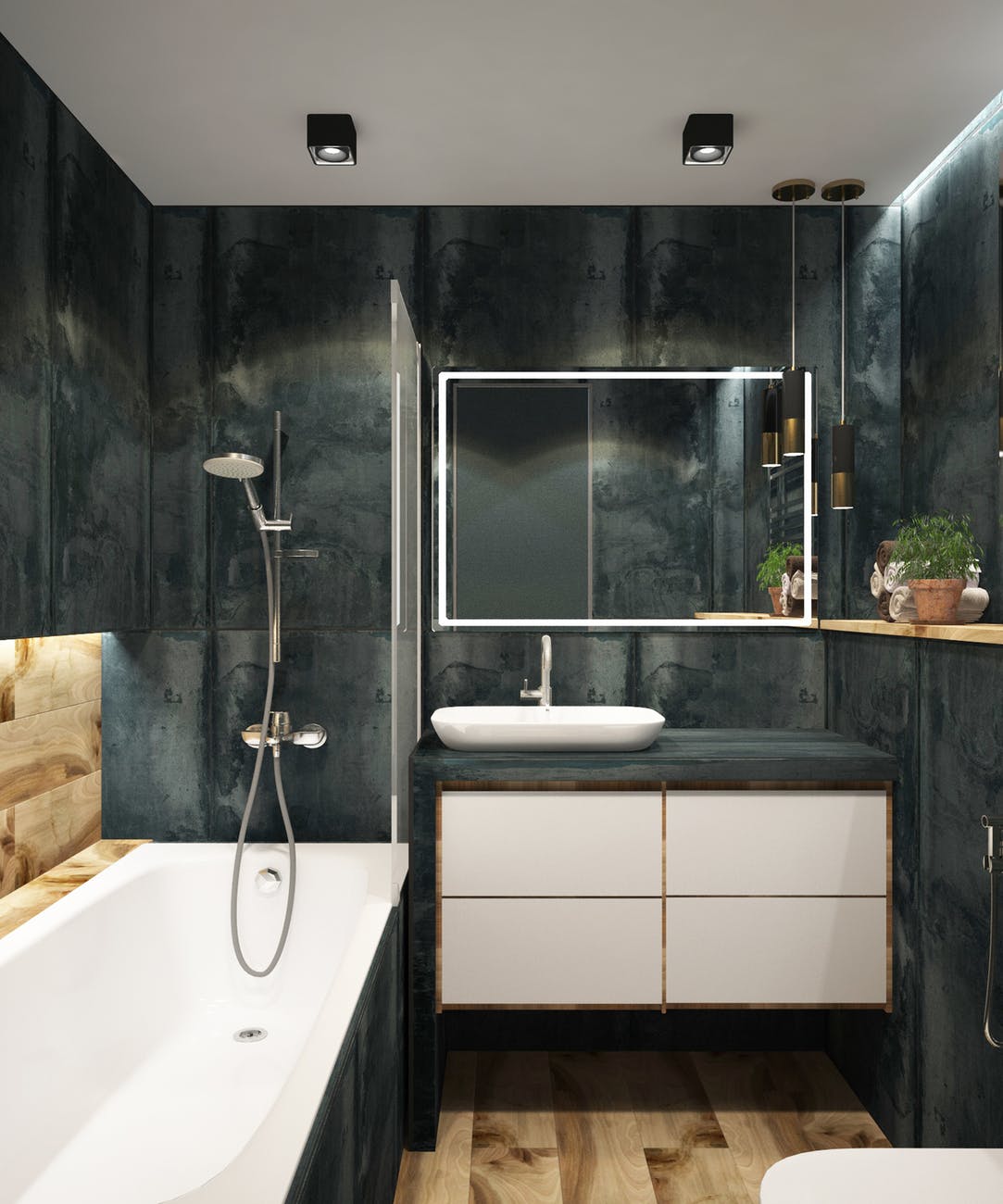 And India also completed the process of switching from coal gasification furnaces to natural gas production in 2019 on a mandatory basis. GGL Gas is now reported to supply 6.5 million cubic meters of natural gas per day to the Indian ceramics industry. The price increase will add an additional Rs 1 billion per month to the bill. The sudden increase in gas prices will have an impact on the existing orders of Indian ceramics companies and gas companies and or so.

Nilesh Jetpariya, chairman of the Morbi Ceramics Association, said that the increase would add 7 to 8% to the production costs of companies and could even lead to the shutdown of nearly 30% of factories in Morbi. In the region, fuel accounts for nearly 35 to 40 percent of total production costs, and the sudden price hike could prevent many manufacturers from adjusting their production plans in time, or they will be forced to clear their stocks at a loss.

In addition, container shortages and high shipping costs are squeezing tile factories in Morbi. Shipping costs have risen two to three times in the last few months. Local exporters are unable to get containers and exports of tiles have fallen by 20-40%.

Exports account for 30 percent of Morbi’s tile production. KG Kundariya, chairman of Morbi-based Wintel Ceramics Private Limited, said exports had fallen by 20 percent. Exports were supposed to bring in incremental volumes when the Indian market was slowing down due to pandemic demand. However poor logistics led the export market to take a hit as well. By raising prices to pass on the increased production costs, end retailing will also be affected.

To ensure that there is no oversupply in the market and that existing stock items are sold at reasonable price levels, tile factories are considering shutting down kilns in response. So far, 115 tile factories have reportedly ceased production and a further 250 will be shut down for a month from 1 September.

Share:
Prev： Roca Group Completes The Divestment Of Its Spanish Tile Business
Next： In 2021, The Market For Kitchens And Bathrooms In The US Is Expected To Spend US$170.9 Billion, Representing A Growth Rate Of 28%.