The Royal Commission of Yanbu, Saudi Arabia, recently announced the signing of an investment agreement with Ras Al Khaimah Ceramics Company (“RAK Ceramics“) to establish a ceramics factory in Yanbu. It is expected to be completed and launched in early 2025, with an estimated total investment of approximately Dh400 million (approximately RMB 700 million). 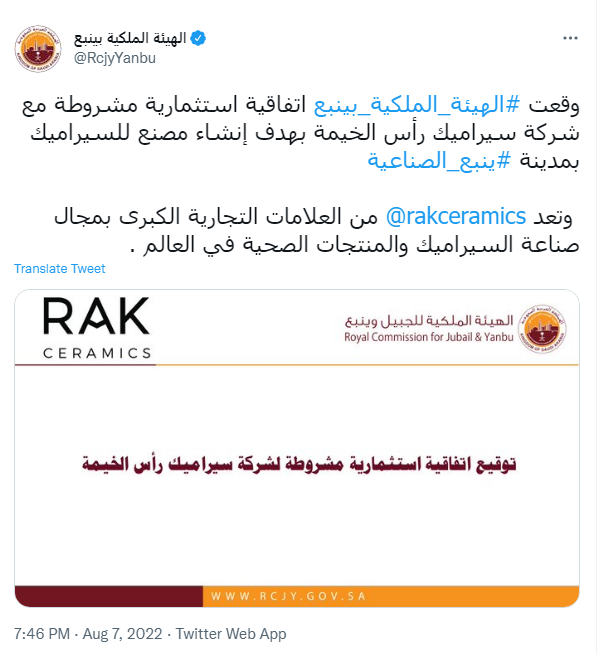 The company’s consolidated revenue for the first half of the year was 1.71 billion dirhams (about 3.139 billion yuan), up 20.1 percent year-on-year, and net profit was 171.9 million dirhams. In the second quarter alone, revenue was Dhs927 million (approximately RMB1.7 billion), up 32.3% year-on-year. 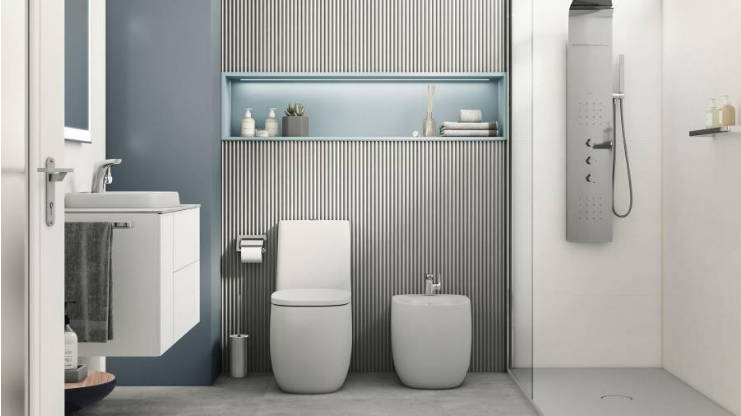 In the first half of the year, the company executed two acquisition deals worth nearly Dh350 million (approximately RMB 640 million). The first was the acquisition of the Kludi Group in Germany. The deal also added Dhs50.4 million to RAK’s revenue in the second quarter. At the same time, RAK’s group-wide revenue in the bathroom segment increased by 10.3% to Dh301.2 million (approx. RMB 552 million) in the first half of the year.

The second acquisition was a 40% minority stake in RAK Ceramics for cash, increasing the ownership of RAK Ceramics to 90%. Of this, 37% was completed on June 30, 2022.

Share:
Prev： Vietnamese Pottery Giant To Invest In The Caribbean To Build A Factory
Next： TOTO Japan Plant On The First Kiln After 50 Years Of Production