More than 2,000 years ago, the ancient Greek oceanographer Divistock once said: “Whoever controls the ocean controls everything.” History has continuously verified this sentence. Spain, with its invincible fleet, the Netherlands, the sea coachman, Britain, which was at its peak, and the United States, a world power, were keen to pursue maritime hegemony without exception. It is enough to see that the blue sea of ​​the world is of extraordinary importance in human hearts.

Many advantages, such as low cost, wide coverage, and large capacity, make ocean shipping the main artery of global trade. Statistics show that in international trade, the transportation cost per kilometer of one ton of cargo is 26 times that of roads and 95 times that of seas by air.

However, during the epidemic, this international trade artery was cut off, the packing freight has soared bizarrely, and it is difficult to find the tanks of ships and ships. Recently, the wave of global shipping price increases and shortage of containers has become more and more turbulent. How exactly is this? thing?

1. Frequent explosions of compartments, the shortage of container spaces in China and the United States

Take the China-US shipping route as an example. At present, the space from China to the west coast of the United States is particularly tight. In mid-August, Caixin quoted a report from a freight forwarder operating the U.S. line: “I have been busy shipping U.S. container routes for the last month, and almost all ships have burst out of space. Now we can only book space three weeks later. Shippers who want to ship are very happy to bid.” Moreover, even after booking in advance, it is not ruled out that the ship’s container space is tight and being “dropped”.

Take the West America route as an example. In the past five months, the freight rate has increased almost every month. In March, the average freight rate per FEU for the West America route was around US$1,500. It rose to US$1700 at the end of April, and it rose to US$2000 in May. It broke through US$2,700 in the middle of the month, exceeded US$3,000 at the end of July, and even increased to US$3,400 by August, showing a multiple increase compared with the same period last year.

Why is there such a shortage of container space in China and the United States recently?

First of all, the overseas epidemic is severe, the global shipping industry suspension has not yet lifted, and there is a shortage of shipping capacity and container equipment.

Since the outbreak of the epidemic, the global demand for cargo transportation has been drastically reduced due to major blockade measures by countries around the world. For this reason, Chinese and foreign shipping companies have suspended routes, reduced the number of export container voyages, and significantly dismantled idle container ships. For example, currently 11 of the world’s 12 largest container shipping companies have cut capacity and reduced the number of their fleets; there are also many small and medium shipping companies that cannot withstand the economic pressure caused by long-term suspension of shipping and have already closed down.

According to the latest analysis by the shipping analysis agency Sea-Intelligence, due to the impact of the new crown epidemic, the global container ship traffic dropped by 6.8% in the first half of this year. Even if China has fully resumed work and production, and European and American countries have restarted economic activities, this epidemic has dealt a heavy blow to container shipping companies, and it will take time to restore normal transportation conditions in the past.

Second, in view of the pessimistic expectations about the direction of US policy, many American customers urge Chinese shippers to hurry up production and rush to deliver goods. This tight behavior of overdrafting future shipments in advance has also made the shortage of containers in China and the United States even more obvious. In the “green and yellow” stage of port container business, and under the influence of superimposed concerns about future trade, the freight rates of China-US routes have repeatedly hit new highs.

The Shanghai Export Container Comprehensive Freight Index (SCFI) shows that the current 40-foot container freight rates from Shanghai to US West Coast and East Coast ports have exceeded US$3,100 and US$3,500. In the past three months, the freight rates of China-US shipping routes have increased Soared by nearly 90%. But in fact, looking at the world, this is just a microcosm of the bizarre skyrocketing global shipping costs. Since June, shipping prices on international routes from Maersk to Mediterranean Shipping, from Asia to Europe to North America have all started to soar. Although there are many factors that affect shipping costs, it is said that the “key factors” that really affect shipping costs There are the following two:

First, the shipping company suffered too much loss in the early stage, and the hole was too big, so it will be compensated later.

At the beginning of this year, with the accelerated spread of the epidemic, the global shipping market became bleak, container transportation costs plummeted, and freight rates fell to the bottom at the end of April. Even more serious is that in May, global seaborne trade fell by more than 10%, which means that there was more than 1 billion tons of trade “loss” globally, the largest drop in 35 years.

The latest analysis by the shipping analysis agency Sea-Intelligence pointed out that if the volume of container transportation drops by 10%, container transportation may lose 23.4 billion US dollars in 2020. This worst-case scenario is devastating for the shipping industry, because the 12 largest shipping companies in the world had a total operating profit of US$20.9 billion during the eight years from 2012 to 2019. In other words, the new crown epidemic swallowed The container shipping industry made all the gains in the past ten years.

Moreover, after the outbreak, the blockade measures have caused almost a mess of ports in India, the United States, the Philippines, Bangladesh, and Italy. On April 1, 44,926 containers were stacked in the Chittagong cargo yard in Bangladesh; Karachi, the main port of Pakistan, has more than 6000 containers unloaded at the port every day, and many goods cannot be taken away. The storage fee and demurrage incurred during the period are also a sum of money Huge expenditures. Under such circumstances, as demand gradually picks up, none of the shipping companies that have survived are willing to continue to lose money, and shipping costs have naturally skyrocketed.

Second, before the arrival of autumn, it is usually the peak period of the global shipping industry.

If you do not consider other reasons, simply looking at the time point, the shipping costs will also increase from July to September of the previous year, and it is the post-epidemic era that is still shrouded in haze. A few days ago, the world’s largest shipping company CMA CGM announced that it would increase its 40-foot container FAK fee from US$100 to US$2,300 from August 1st, and introduced a peak season surcharge of US$200/TEU in July.

Alphaline, a shipping consulting agency, pointed out that since June 22, more than 120 idle container ships have re-started. As of July 6, there are 375 idle container ships worldwide, which is equivalent to 1.85 million TEUs. This is lower than the 453 vessels of 2.32 million TEU reported two weeks ago. So is the peak season of the shipping industry really coming?

Known as the barometer of the global shipping market, the Baltic Dry Bulk Index rose 1.1% last Friday, the 13th consecutive day of gains, at 1,595 points, a new high since July 20. But this does not mean that the shipping market has been “out of danger” and shipping companies can “land safely”.

Because shipping is a typical cyclical industry, it is closely related to world economic development. In economics, for every percentage point of global economic growth, international shipping volume will rise by 1.6%. Regrettably, the global economy has entered a “crisis mode”. The World Bank report predicts that the global economy will decline by 5.2% in 2020, which is “the worst economic recession since World War II” and an economy that has experienced a decline in per capita output since 1870. The year with the largest number.

For this reason, many countries have resorted to monetary and fiscal policies to repair their economies, but this road to global economic recovery is destined to be obstructed and long. The biggest variable is that the US epidemic is on the verge of getting out of control, and the country’s poor response to the epidemic. Has become the biggest risk to the continued recovery of the global economy. In addition, European countries are full of contradictions. To achieve my country’s current epidemic prevention status, it will take a long time for the full resumption of work and production.

As a result, the uncertainty of the global economic recovery keeps the shipping market still in a period of wandering.

Under this situation, it has become very difficult for shipping industry analysis agencies to predict shipping demand, and the same is true for shipping companies. The well-known consulting company Drewry released a report in June that global shipping demand may not pick up quickly, and that large-scale suspensions may continue in the third quarter of this year.

To be cautious, before the prospects are clear, the major shipping companies still choose to group together for warmth, instead of increasing capacity accordingly, but to make profits by increasing prices substantially. However, these shipping companies also have their own difficulties. On the one hand, if the freight rate is low, the more you ship, the more you may lose. The suspension can reduce the transportation cost; on the other hand, the supply of ships is reduced, matching the demand side, and stabilizing transportation. The price effect keeps the shipowner from losing too much.

In general, in addition to the global economic recovery and the recovery of the epidemic, the shipping prices of containers are affected by macro factors such as the recovery of the global economy. The shipping companies’ grasp of capacity control and whether they can match demand changes are also key. However, as long as the epidemic hits an inflection point and global freight demand truly rises steadily, the confidence of shipping companies will also increase, and ocean freight charges will return to reasonable pricing by then. 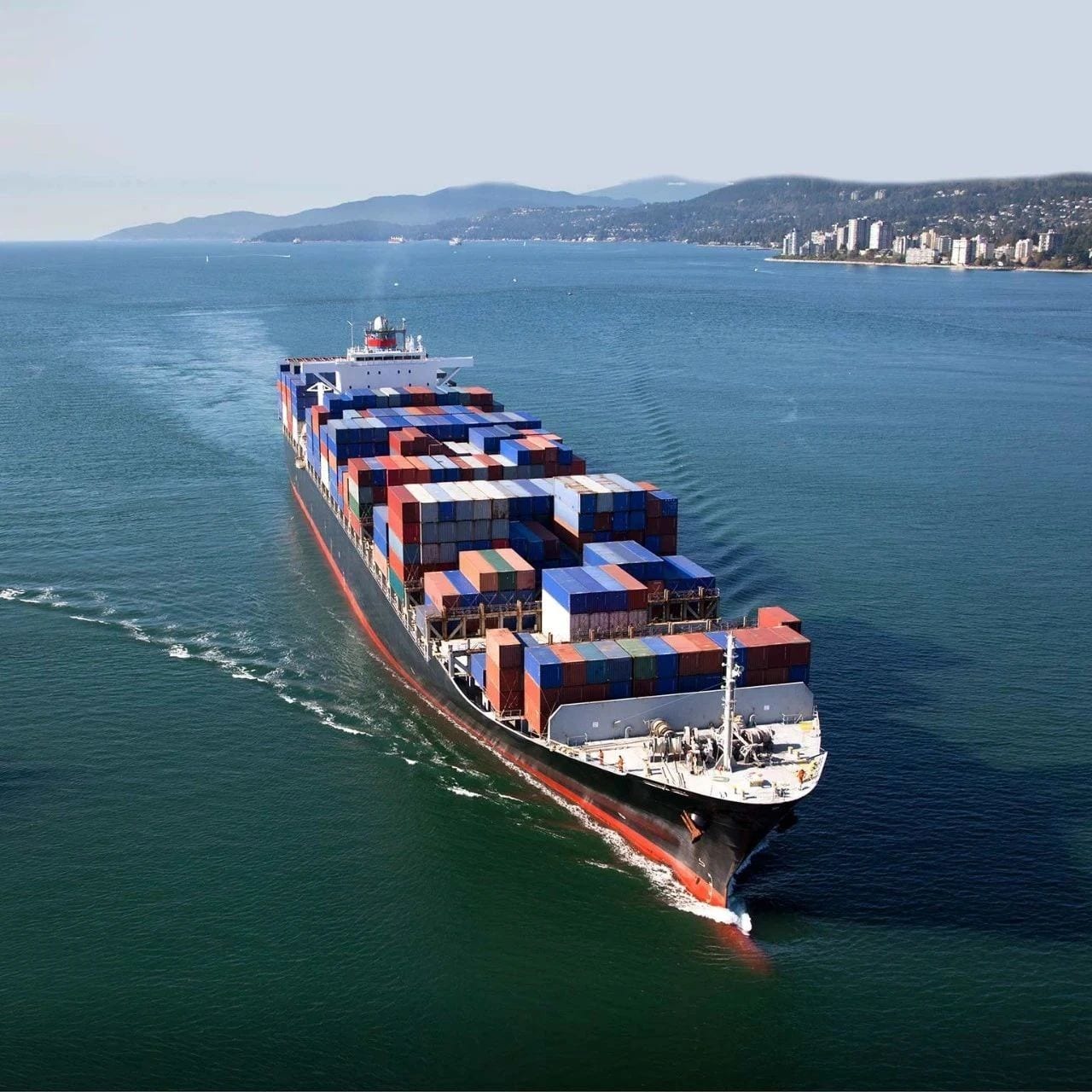