Shanghai International Kitchen & Bath Exhibition will be extended to 2021

On April 9, some companies reflected us that they had received a telephone notification from the organizer of the Shanghai International Kitchen & Bath Exhibition that the Shanghai KBC, which was originally scheduled to be held on June 2-5, 2020, would be postponed to 2021. We learned from a number of sanitary ware companies that were plan to participate in the exhibition that they have received a notice from the organizer to extend he exhibition and also received an agreement for KBC exhibition in 2021. So far, the debate on “extension or cancellation of Kitchen & Bath 2020” has come to an end.

In consideration of the safety and performance of the exhibition, since mid-March, some companies and associations have written to Shanghai Global Exhibition Co., Ltd., the organizer of the Shanghai Kitchen and Bath Exhibition, suggesting that this year’s exhibition be cancelled or extended. Subsequently, the sanitary ware associations including Xiamen, Kaiping, Foshan, Zhongshan, Heshan and other places have successively issued a document to the organizer to recommend the cancellation or extension of the exhibition.

As a result of these efforts, the organizer sent questionnaires to exhibitors one after the other at the end of March. The options include holding on the original schedule, holding under the adjustment of scale, venues and booths, and canceling the 2020 exhibition. At present, it seems that most companies choose to cancel or extend this year’s exhibition, and this is also in the benefits of most exhibitors, visitors and the exhibition industry chain under the COVID-19.

Like the Shanghai Kitchen & Bath Exhibition, the 127th Canton Fair is also receiving much attention. On April 7, the State Council convened an executive meeting on the 127th Canton Fair. In response to the severe situation of the global epidemic, the 127th Canton Fair will be held online in the middle and late June. Companies from domestic and abroad will be invited to display their products online to provide all-days’ online promotion, online negotiation and other services by using advanced information technology for creating a high-quality special online trade platform, so that Chinese and foreign customers can place orders and do business without leaving the house.

It is understood that this Canton Fair is held entirely online, which is the first time in the 63-year history of the fair. The Canton Fair was founded on April 25, 1957, and is held in Guangzhou every spring and autumn, which is known as “China’s first exhibition”. In recent years, the Canton Fair has become an important platform for bathroom companies to display and trade with foreign countries. In the 126th Canton Fair held in the autumn of 2019, a total of more than 600 sanitary ware companies participated in the exhibition. Huida, Dongpeng. CRW, SSWW, IMEX, MONGA, ORANS, SITONG, AIFOL, ROSERY and many other sanitary ware companies have the tradition of participating in the Canton Fair. 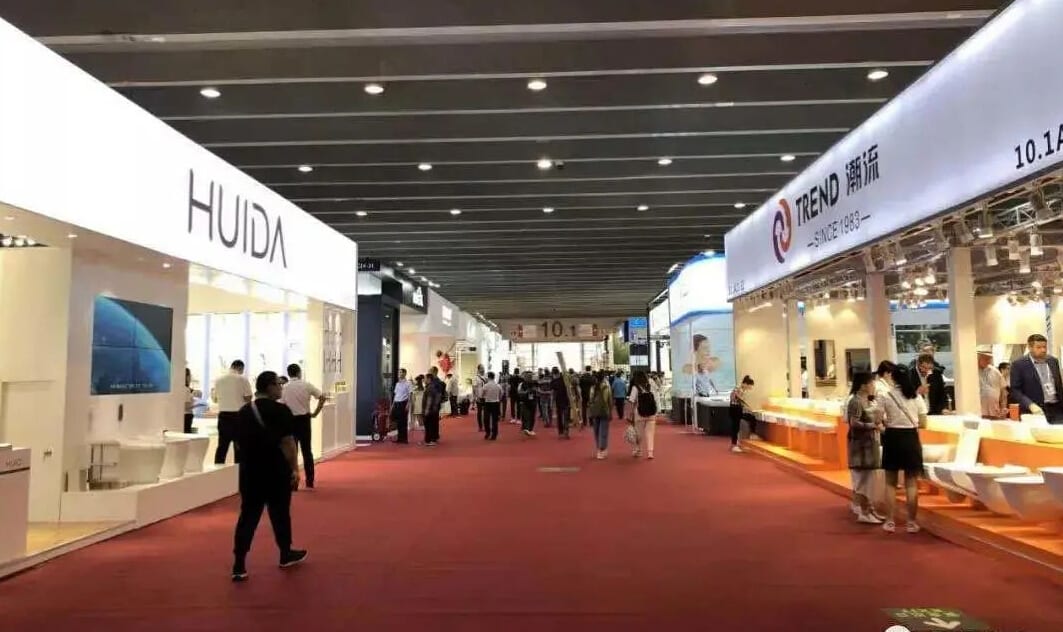 Over 150 exhibitions have been extended or cancelled worldwide

Some in the industry pointed out that the exhibition industry chain was jointly created by the organizers, exhibition halls, exhibitors, contractors, surrounding hotels, etc. The extension or cancellation of this global exhibition has had a huge impact on the entire industry chain. Recently, in order to mitigate the impact of the epidemic’s inability to exhibit on enterprises, some places have successively introduced subsidy policies to tide over the difficulties with enterprises.

For example, in many places in Shandong Province, enterprises that have paid to participate in overseas exhibitions and are unable to do so because of the COVID-19 will be subsidized according to the original standard; ; Jiangsu Province actively guides import and export enterprises to participate in overseas exhibitions, and give a subsidy of RMB 20,000 per booth to enterprises that participate through overseas agents; In Taizhou, Zhejiang Province, an important production base of smart toilets, companies that cancel domestic and foreign exhibitors due to the COVID-19 will be granted a 50% subsidy for booth loss fees. In addition, Chaozhou, Dongguan, Shanghai and other places have also launched corresponding subsidy measures to help enterprises through difficult times, many subsidies of up to 50%.

Share:
Prev： GOBO plans to invest US$14.76 million in Thai companies to build a faucet production base in Southeast Asia
Next： After the COVID-19, the overall bathroom industry will usher in four major business opportunities.