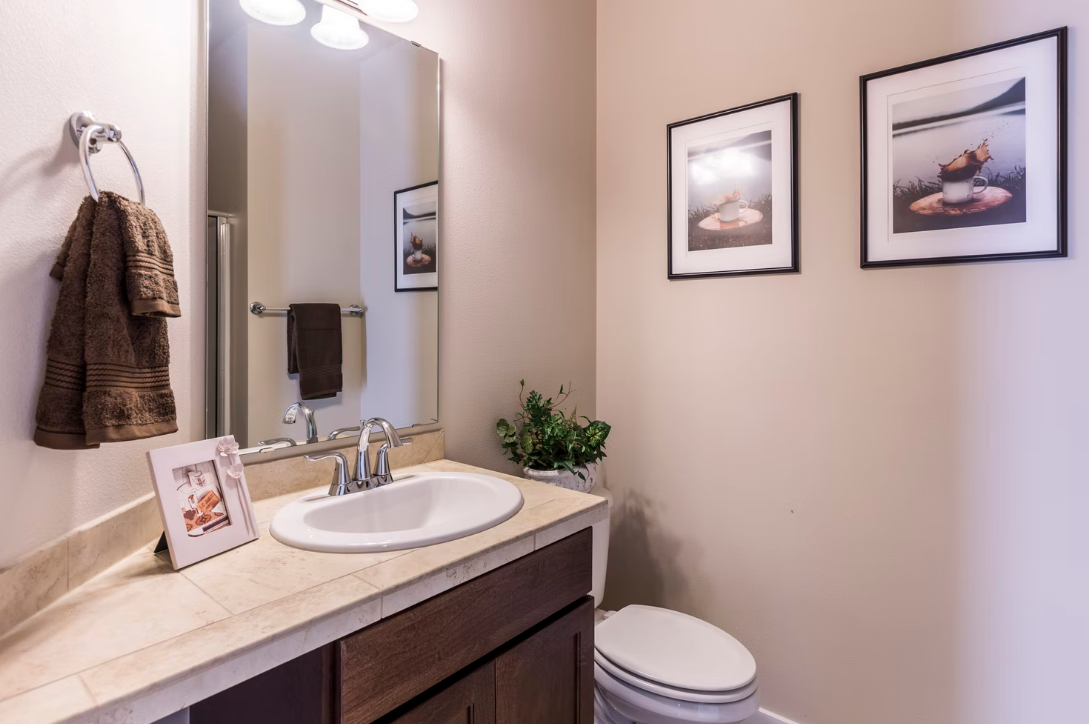 An Enterprise Was Fined For Exporting Counterfeit ROCA Bathroom Products 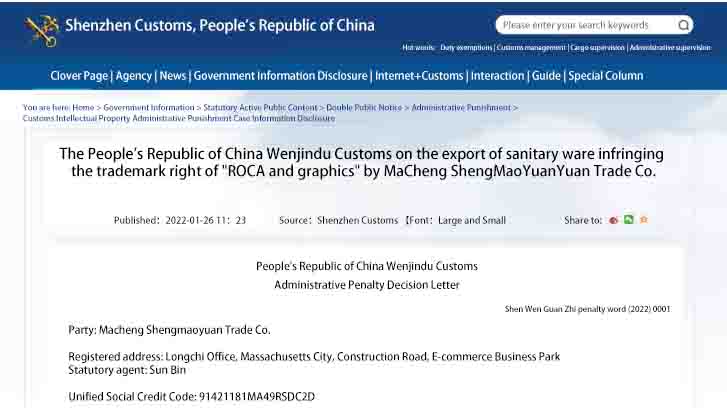 ROCA Sanitary Ware Co., Ltd. considered that the above-mentioned goods infringed its exclusive right to use the trademark “ROCA and Graphics” (Customs Record No. T2019-77710), and applied to Wenjindu Customs for taking intellectual property protection measures.

After investigation, Wenjindu Customs concluded that MaCheng ShengMaoYuan Trade Co., Ltd. used other people’s exclusive right of the trademark on the above goods without the permission of the right holder. According to the provisions of Article 57(1) of the Trademark Law of the People’s Republic of China, the export of the above-mentioned goods constituted an infringement of the exclusive right of others to register trademarks. According to Article 91 of the Customs Law of the People’s Republic of China and Article 25(1) of the Regulations on the Implementation of Administrative Punishment of the Customs of the People’s Republic of China, Wenjindu Customs decided to impose the following administrative penalty on the party: confiscate the above infringing goods and impose a fine of RMB 900 yuan.

This is not the only case of suspected export of counterfeit ROCA bathroom goods disclosed by Wenjindu Customs recently. According to the public information on the official website of Shenzhen Customs, in 2021, a total of 3 enterprises were punished for allegedly exporting sanitary ware infringing the trademark right of “ROCA and its graphics”, involving 3 exporters in Fuzhou, Nanjing and Nantong. A total of 243 pieces of infringing sanitary ware were seized, involving a total amount of more than 85,000 yuan. 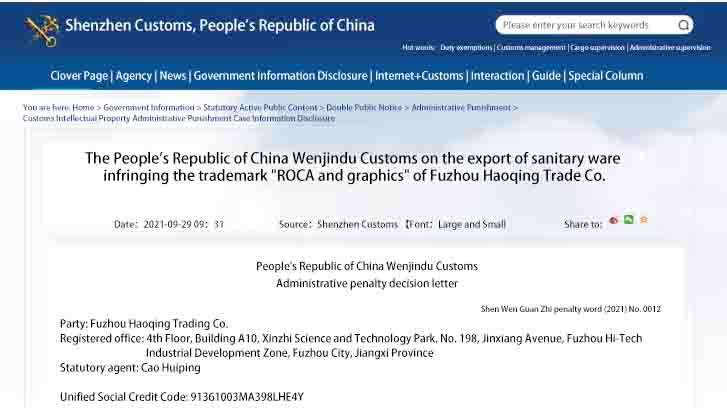 Among them, there is a case of the highest amount involved in the export of sanitary ware infringing the trademark right of “ROCA and graphics” by Fuzhou Haoqing Trading Co. On August 23, 2021, Fuzhou Haoqing Trade Co., Ltd. declared a batch of export goods to Wenjindu Customs in general trade with the customs declaration number: 532020210200138954. After inspection, Wenjindu Customs found that the export goods included 60 toilet bases marked with “ROCA and graphics After inspection, it was found that there were 60 toilet bases, 75 water tanks and 75 toilet lids marked with “ROCA and graphics”. Finally, Wenjindu Customs confiscated the above infringing goods and imposed a fine of RMB 6,324 on the parties concerned.

In recent years, China has continued to increase the enforcement of intellectual property protection. According to the news of “Customs Release” on January 25, in 2021, 79,000 batches and 71.8 million pieces of suspected import and export infringing goods were seized. While cracking down on illegal acts of import and export infringing goods, the General Administration of Customs has instructed customs at all levels to continue to promote the “one enterprise, one policy” policy, further optimize services, and guide enterprises to actively apply to customs for intellectual property rights filing. In 2021, 17,667 new cases of IPR customs protection were filed, an increase of 17% year-on-year.

Share:
Prev： Exports In Spain In 2021 | Sanitary Ceramics Accounted For 300 Million Euros. The Amount Of Exports Of Faucet Valves Is 3.1 Billion Euros
Next： The First Wave Of M&A In 2022! 7 Companies Such As Seagull, Kohler, Basco, Etc. Started “Crazy Acquisition” Mode!