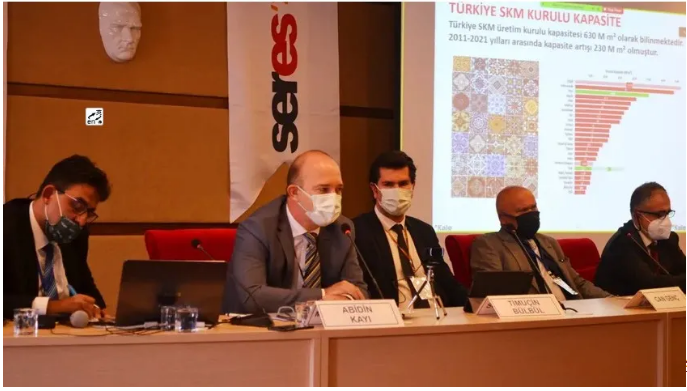 In news from the International Ceramic Industry Conference held in Eskişehir on 19th October local time, production of ceramic sanitary ware increased by 60% and tiles by 40% between January and June 2021. It is worth noting that the entire Turkish ceramic industry has added a large number of new production lines in the last 10 years, with tile production capacity reaching 630 million square meters, including an increase of around 230 million square meters between 2011 and 2021.

New production lines for sanitary ware have also seen a relatively large increase. The figures for 2020 show that 29 million units of sanitary ceramics have been installed across Turkey.

According to reports, the current supply capacity of downstream raw material companies in Turkey is far from being able to lag behind the demand of ceramic companies. At the same time, it is facing strict regulations and processes for mining and forestry.

In the face of a huge increase in demand of 35-40% in the last 10 years, the Turkish building and sanitary ceramics industry is facing a serious shortage of raw materials. According to the Export Contribution Index reported by the Turkish Ceramic Federation, ceramics is the highest export contribution index group among the 18 main industries existing in Turkey, at over 25%.

According to the Turkish Ceramic Association, in 2020, Turkey’s entire ceramic sector exports were US$1,304 million, of which US$269 million were sanitary ceramic exports and US$777 million were tile exports. Turkey’s exports of sanitary ceramics in the top 10 countries are Germany, France, the United Kingdom, Italy, Israel, Spain, glass, the Netherlands, Belgium. 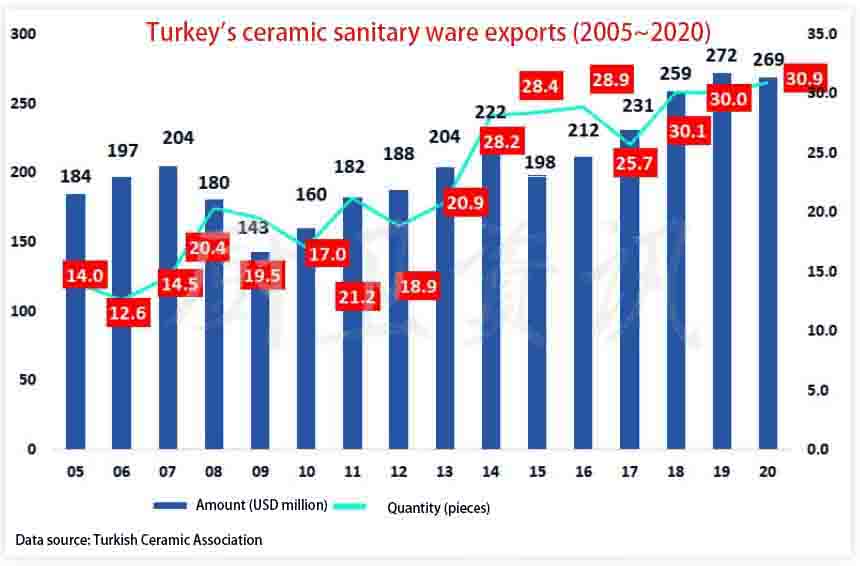 In terms of price competition, Turkey has won European and related markets in general through low price competition, and the Turkish ceramic industry has also always seen Chinese sanitary ware exports as its biggest competitor. Comparing the export prices of sanitary ceramics from four countries – Italy, Germany, China and Turkey – Germany has the highest prices and Turkey the lowest. At present, it has become a strong competitor to India in terms of ceramic tiles.

In addition, according to data from the Turkish Ceramic Association, the top 10 countries in the world for sanitary ceramics exports are China, Mexico, Germany,  Italy, Thailand, Poland, Portugal, Egypt and the United States, taking the data for the 1-3 quarters of 2019-2020 as an example. And the top 10 importing countries are the United States, Germany, France, the United Kingdom, Canada, Spain, the Netherlands, South Korea, Australia and Japan.