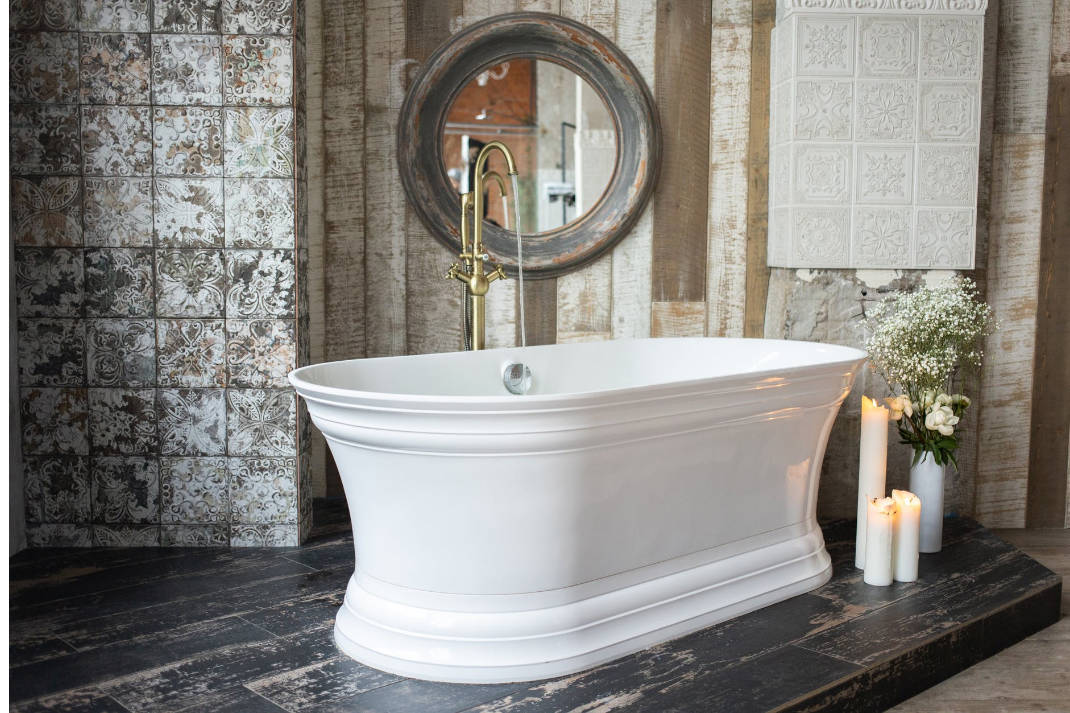 As the Russia-Ukraine conflict continues to spark controversy, Villeroy & Boch recently took the first position to condemn the Russian government’s belligerent behavior. They also suspended their operations in Russia, Belarus and Ukraine, saying that the revenue from these operations only accounted for less than 3% of the company’s total revenue. In addition to Villeroy & Boch, many bathroom companies have taken action against the Russia-Ukraine conflict, including Gebreit closing its factory in Ukraine, LIXIL donated 10.5 million yen (about 570,000 yuan) through UNICEF.

Villeroy & Boch Suspended Its Business In Russia, Belarus And Ukraine.

Less Than 3% Of Total Revenue

On March 7, local time, Villeroy & Boch issued an announcement saying that the company was deeply disturbed by the war in Ukraine and condemned the belligerent behavior of the Russian government.

Villeroy & Boch expressed its concern and solidarity with its employees, business partners and everyone in Ukraine. The priority now is to protect the safety of Villeroy & Boch employees in Ukraine. The company is currently supporting them and their families to the maximum extent possible. The company is in contact with local employees and key customers and hopes for a peaceful resolution of the conflict in the near future. 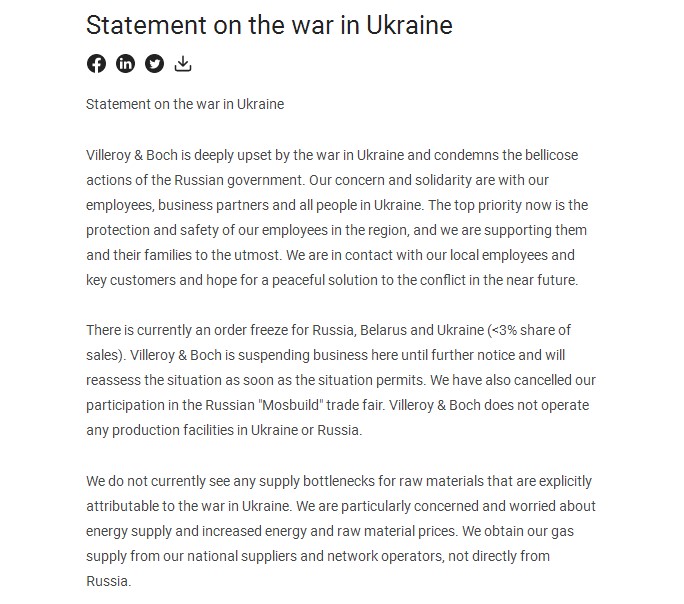 According to the announcement, Villeroy & Boch has now frozen orders from Russia, Belarus and Ukraine. Villeroy & Boch also canceled its participation in the Mosbuild building materials exhibition in Russia, and said that it does not operate any production facilities in Ukraine or Russia, and mentioned in the announcement a wave of raw material price increases and supply shortages. Villeroy & Boch specifically mentioned natural gas, saying that it is supplied by suppliers and operators in the countries where it is located and not directly from Russia.

The Russian-Ukrainian conflict has continued to generate global attention since it erupted on February 24. In the evening of March 7, local time, the third round of Russia-Ukraine negotiations ended without substantive results, and the Russian side said the negotiations between the two sides will continue.

In fact, the Russia-Ukraine conflict has had an impact on more bathroom companies. According to foreign media reports, the Swiss company Gebreit has closed the Gebreit factory with more than 600 employees, which is located in the Rapperswil-Jona region of Ukraine, for security reasons, the day after the Russian army entered Ukraine. In addition, Gebreit currently has more than 70 full-time employees in Russia, with business accounting for about 1% of sales. Gebreit has not yet announced the cessation of its Russian business.

On the other hand, LIXIL, a Japanese company, has also made moves in response to the situation in Russia and Ukraine. According to LIXIL’s announcement on March 2, the company has accepted UNICEF’s request for humanitarian aid and donated 10.5 million yen (about 570,000 yuan) to help war-affected children. UNICEF will provide safe water, medical care and education to the affected children, repair sewerage and sanitation facilities in damaged schools and kindergartens, and provide assistance to families who have sought refuge in countries surrounding Ukraine. 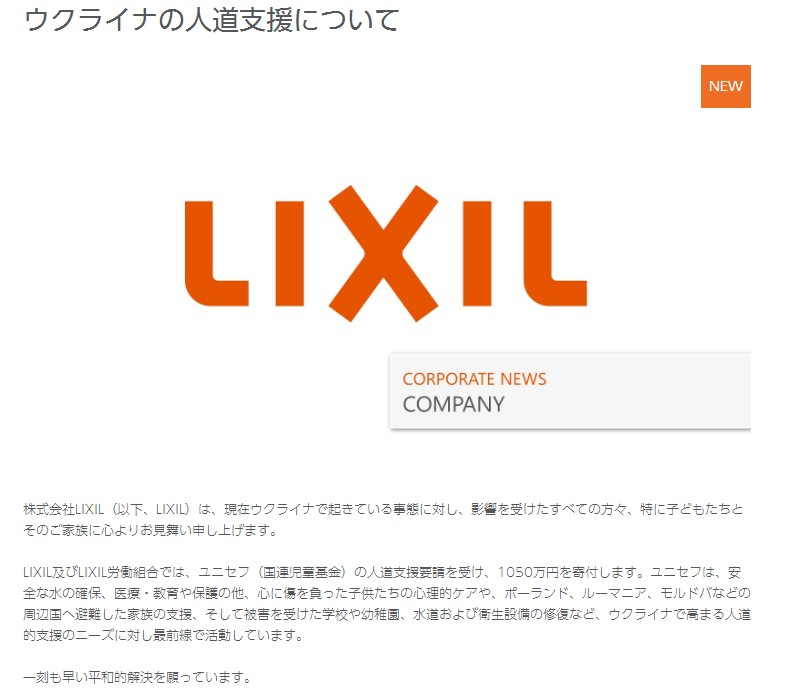 The Russian-Ukrainian conflict has also had a huge impact on the financial sector. Over the past few days, industrial metal futures prices, mainly nickel, have been soaring. On March 8, local time, the highest intraday rise in LN was more than 110%, with the highest quote of $101,365 per ton. The LME decided to suspend nickel contract trading at all LME market venues from 8:15 p.m. London time on March 8.

In addition to industrial metals, energy prices such as oil also have the potential to continue to move higher in the near future, provoking manufacturing nerves. On March 8, U.S. President Joe Biden signed an executive order banning U.S. energy imports from Russia. The U.K. also announced it would phase out imports of Russian oil and petroleum products by the end of 2022, and is considering a ban on imports of Russian natural gas.

The news pushed oil prices further up, with WTI crude futures for April delivery on the New York Mercantile Exchange up $4.30/bbl (3.6%) to settle at $123.70/bbl by the close of trading on March 8. Brent crude futures for May delivery in London rose $4.77/bbl (3.87%) to settle at $127.98/bbl. Since the beginning of this week, international oil prices have soared to the highest level since 2008, and analysis indicates that oil prices have room to rise in the near future. The impact of the Russia-Ukraine issue on various industries is expected to continue.

Share:
Prev： Bathroom Cabinets Hit The World. In 2021, It Had Revenues Of More Than 320 Million. This Company Listed On The New Third Board
Next： The techiniques to install the faucets