Blog
Home  Blog  What a Horrible Thing, 7.2 Billion Bacteria on One Shower! Are you Still Brave Enough to Take a Shower?

What a Horrible Thing, 7.2 Billion Bacteria on One Shower! Are you Still Brave Enough to Take a Shower?

Do you feel itchy all over your body if you don’t shower for 3 days?

Once you take a shower, you can’t do without the shower. Have you ever tried to take a shower and your whole body still itches?

If you’ve just taken a shower, your skin feels dry, itchy and miserable all over. Aside from ruling out a few skin conditions, you might want to clean your showerhead as well. 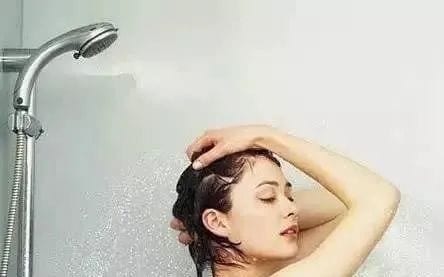 According to a new study published in the Proceedings of the National Academy of Sciences, showerheads, especially those made of plastic, not only harbor bacteria, but are also a perfect breeding ground for harmful bacteria.

Not long ago, a major survey was conducted in the United States on the levels of bacteria in the air and water in homes, schools and public buildings. Researchers from the University of Colorado sampled and tested 45 showerheads in five states.

The results showed that tens of thousands of bacteria were harbored in almost every showerhead, and 30 percent of them were detected to contain a bacterium that can cause lung disease (Mycobacterium avium). Researchers note that this bacteria is very common in urban water systems. But drinking water is usually heated at high temperatures, which kills these disease-causing bacteria. And the amount of this bacteria on showerheads is 100 times greater than in tap water. When people take a shower, the jet of water from the showerhead can easily be inhaled and cause an infection.

The head of the new study, Norman Pease, said healthy people with normal immune systems have nothing to worry about. But the elderly, children, pregnant women and people with poor immune systems are more susceptible to infection. Symptoms of contracting the bacteria include fatigue, a persistent dry cough, shortness of breath, weakness and feeling sick all over.

How to clean your shower

Showerheads, because of prolonged use, can suffer from internal deposits of dirt that clog the shower holes, resulting in a reduced water flow.

Therefore, some people use strong acid to clean the showerhead. However, this not only corrodes the showerhead, but also causes secondary damage.

Therefore, to avoid damage to the showerhead, these are the cleaning methods you must understand!

Soak it in vinegar

If the metal of the shower head rusts and causes severe clogging, use a rust-preventive lubricant. Use the lubricant to separate the rusty layer from the metal layer, creating a protective film.

This is ideal if your showerhead is made of stainless steel.

Many showerheads now use a soft thermoplastic elastomer for the spout.

For this type of showerhead, simply rub the spout gently to break up any debris. Repeat 2 to 3 times, let the water rinse can be.

However, when rinsing, be careful:

If your shower has been used for a long time, it will accumulate dirt, which can lead to the accumulation of harmful bacteria and impurities.

I suggest that you replace the shower with another one to avoid any health problems.

How to maintain your showerhead 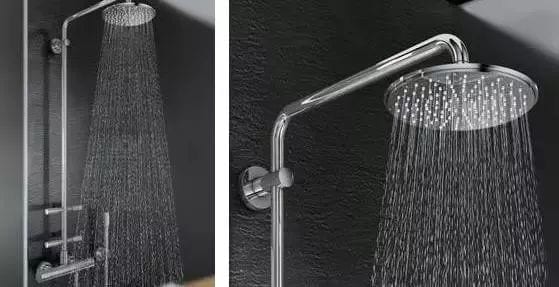