News
Home  Blog  A variety of raw material prices rose, some sanitary enterprises have adjusted their prices in advance

A variety of raw material prices rose, some sanitary enterprises have adjusted their prices in advance

Recently, the prices of a variety of sanitary raw materials ushered in a rise, including copper, titanium dioxide, PCB, wood, base paper, oil, etc., have seen a wave of price increases. The sanitary ware industry is a comprehensive industry, and the raw materials that need to be used are varied. The increase in raw material prices is expected to have a certain impact on the production and operation of enterprises.

copper:
Increased by nearly 50% compared with the previous quarter, setting a new high in the past two years
Affected by the repeated effects of epidemics in major copper producing countries such as Chile and Peru, global copper prices have seen a wave of rise. As of the afternoon of July 13, the main domestic Shanghai copper contract closed at 52,880 yuan/ton, up 4.71%, setting a new high since July 2018. Compared with the lowest point in the year of 35590 yuan/ton on March 23, 2020, an increase of over 48%. In terms of foreign futures, copper futures such as LmeS copper and COMEX copper also set a new high in the past two years on July 13.
Earlier, Chilean mining giant Codelco announced that nearly 3,000 workers had contracted the new crown pneumonia, while strikes also occurred in the Zaldivar copper mine and Centinela copper mine in the same country. In addition, some industry players said that the shrinking supply of mines in South America, the strong demand for early-stage work, the continuous decline in inventories, and the loose monetary policy overseas also constitute strong support for copper prices. Some analysts pointed out that China’s dependence on copper concentrates is about 80%, of which 50% come from South America. The expected supply reduction is expected to push the copper market higher.
Most of the bathroom hardware products use copper as the main material. The domestic high-quality faucets generally use H59 copper, that is, the copper content is 59%, and the copper content of some products can reach 62%. The importance of copper to bathroom hardware is self-evident. If global copper prices continue to rise, the price of sanitary hardware is expected to rise.

log:
Timber prices soared in Shandong and Jiangsu
Affected by the epidemic, domestic timber prices have also experienced a wave of rising prices recently. Especially in Shandong, Jiangsu and other regions affected by the rainy season, demand for wood on construction sites is sluggish, and orders are few. Some companies have to take orders at a loss in order to ensure workers’ bottom line. Some wood processing manufacturers have been unable to support it, and prices have begun to rise sharply.
In addition, the reduction in the amount of imported wood is also the reason for the increase in wood prices. Since the outbreak of the epidemic, many countries have tightened timber exports, resulting in a decrease in China’s timber imports. In the first four months of 2020, China only imported 16.3855 million cubic meters of timber, a decrease of 15.25% from the same period in 2019. Among them, this year, China’s imports of wood from the United States have decreased significantly, with a reduction of more than 80% compared to normal years. It is reported that wood is the main raw material of bathroom cabinets. Whether the price increase of wood will affect bathroom cabinet manufacturers is worthy of industry attention.

Original paper:
Prices of some paper grades ushered in substantial increases
Recently, due to the increase in the resumption rate of enterprises and the opening of schools, as well as factors such as the increase in the price of logs, the prices of various paper types have generally increased by 50-200 yuan/ton. Among them, large paper companies such as Huatai, Sun Paper and Chenming Paper The price range is generally 200 yuan/ton.
In fact, the prices of various paper grades have entered an upward channel since June. Among them, waste paper and corrugated paper ushered in relatively sharp increases on July 7 and July 13 respectively. On the 13th, the purchase price of waste yellow cardboard in the market was 2155.71 yuan/ Compared with the beginning of the month, the average price of corrugated base paper was 3275 yuan/ton, which was raised by RMB 165.71/ton, or 8.33%, from the beginning of the month, up by RMB 150/ton, or 4.8%. Although the price of base paper has little to do with the production of sanitary ware, the increase in the price of cartons brought about by the increase in paper prices has also indirectly increased the production costs of sanitary ware companies. 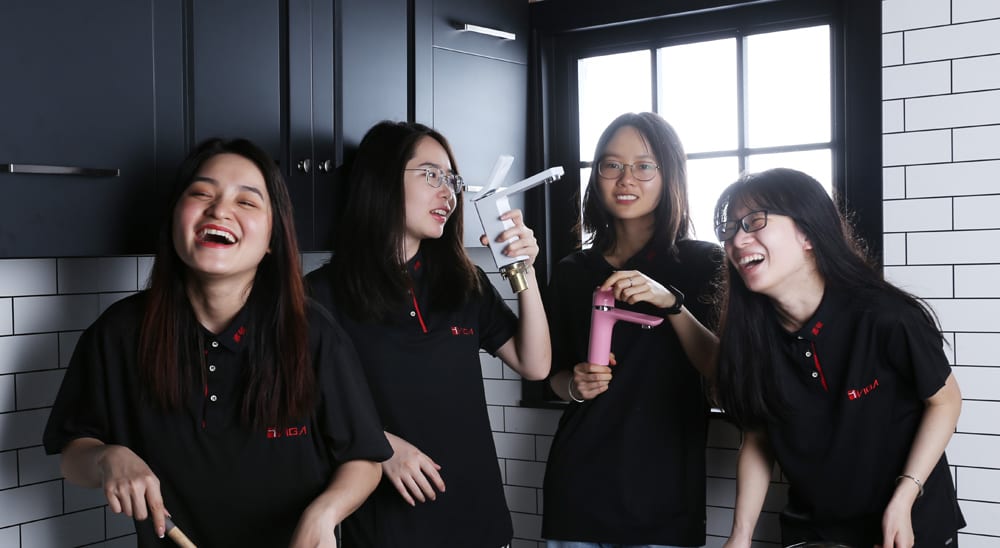