Copper Prices Soared 51%, And Copper Pipes Were Stolen From A Bathroom Factory In Kaiping

According to the official WeChat public number of Kaiping Public Security posted on June 28, recently, Kaiping Public Security Bureau Shuikou Police Station successfully arrested the theft suspect and solved three cases of theft of copper spare parts from factories. The total amount of copper products stolen by the suspect three times was about 162 pounds, which was resold to scrap recyclers for a profit of more than 2,000 yuan. 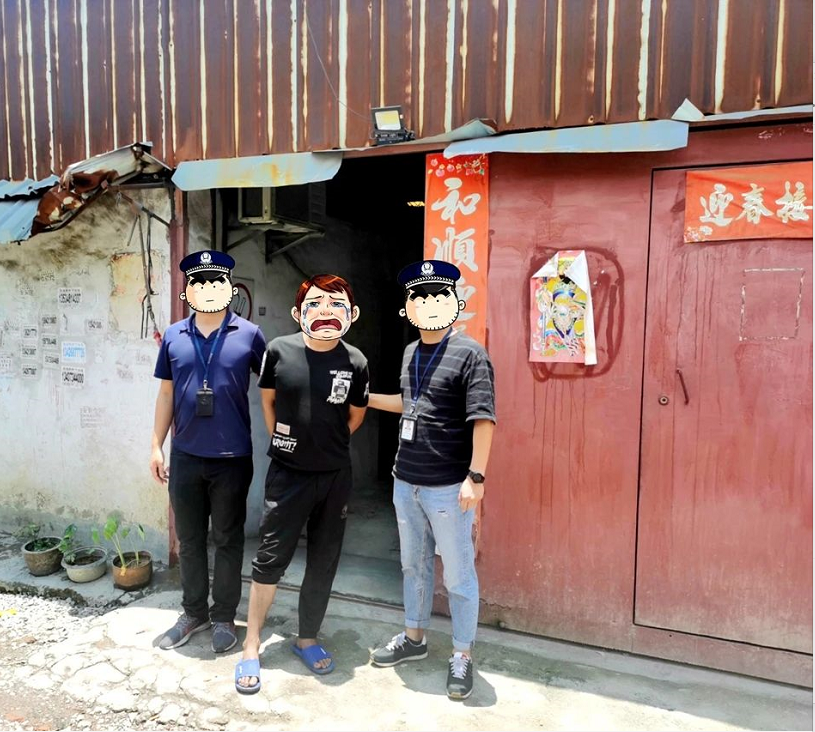 However, the suspects stole much more than 2,000 yuan of copper products. According to a polishing factory in charge of the police, they put 100 pounds of copper pipes which were stolen by the suspect in front of the factory. These alone are worth about 4,000 yuan.

In 2017, when copper, aluminum ingots, glass, cartons and other raw materials have increased in price, which exceeded the expectations of many manufacturing companies.

After the Spring Festival in 2021, the raw materials needed for the bathroom industry – copper, nickel, zinc, PVC, etc. have ushered in a rising tide. Among them, copper prices rose by 51% year-on-year. As of now, the upward trend is still going on. The domestic spot copper price trend for the week of June 21-25 oscillated upward, with the average price quoted at 68004 yuan/ton, up 210 yuan/ton on a daily basis.

*According to the Business Newswire inspection data

In addition, the problem of tight supply and demand of copper ore has not been improved, and the gap between supply and demand is expanding. This also supports the sharp rise in copper prices. Data from the World Bureau of Metal Statistics show that the global copper market will have a supply shortage of 1.391 million tons in 2020, expanding the gap by nearly 1 million tons from 383,000 tons in 2019. 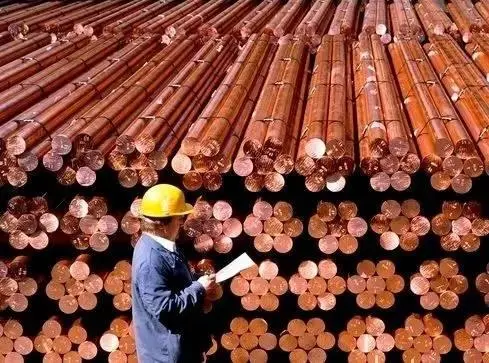 With copper prices rising, the purchase price of recycled copper (formerly often referred to as “copper scrap”) has also risen. 2020 saw a significant increase in the purchase price of copper scrap compared to the first quarter due to the epidemic, with the purchase price of purple copper containing 99.9% copper rising to RMB 43 per kilogram. This also allows theft criminals to focus on copper from hardware and sanitary ware factories. Shuikou Town, Kaiping City is an important base for hardware and sanitary ware in China. In addition to the theft of 162 pounds of copper products mentioned at the beginning, there have been a number of copper theft incidents in recent years. At the end of 2018, 40 tons of copper powder accumulated in pre-fabricated sanitary ware over the year was stolen, and at the then-recovery price of 27,000 yuan per ton, the powder could be sold for 1.08 million yuan. In 2019, another 10 tons of copper powder from a sanitary ware company in Shuikou Town disappeared, worth hundreds of thousands of yuan. And in April 2021, a hardware products factory in Shuikou Town was also stolen 60 kilograms of copper chaff, worth about 2,600 yuan. 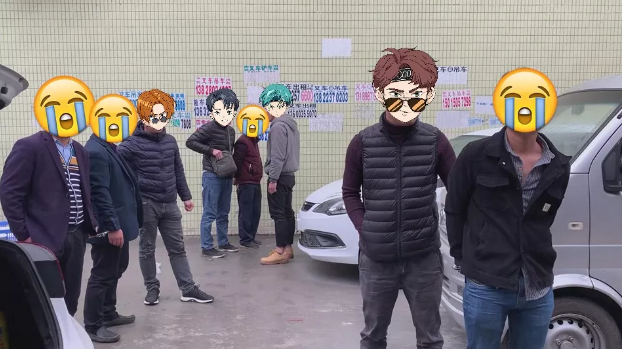 In 2019, 10 tons of copper powder was stolen from a bathroom company in Shuikou Town, worth several hundred thousand yuan. Kaiping police successfully arrested five suspects through DNA technology in Kaiping and Dongguan

Of course, in addition to Kaiping Shuikou Town, there are a number of places in the bathroom company also occurred the theft of copper.

The former is not forgotten, the latter is the teacher. Many cases are due to negligence, giving thieves and burglars the opportunity to take advantage of. For example, the case mentioned at the beginning was 100 pounds of copper pipe placed at the entrance of the factory. Therefore, factories and enterprises should always be vigilant awareness, strengthen the management of copper placed in warehouses, arrange for regular inspections, inventory and reporting, and close the doors and windows by hand.

Copper prices rise, and the most affected is the main products to the bathroom hardware business. Domestic quality faucets are generally used 59 copper (H59), that is, copper content of 59%, lead content of less than 1.9% of copper, in line with national standards. The higher prices of raw materials have led to a potential squeeze on the profit margins of many downstream companies. Cost is a huge challenge for them.

It takes roughly 500g of copper to produce a single faucet. If a downstream company uses RMB 10,000 to buy copper raw materials to produce taps in both 2017 and June 2021, omitting other costs such as labor and transportation, it will be able to produce about 450 copper taps in 2017, but only about 300 copper taps in 2021. 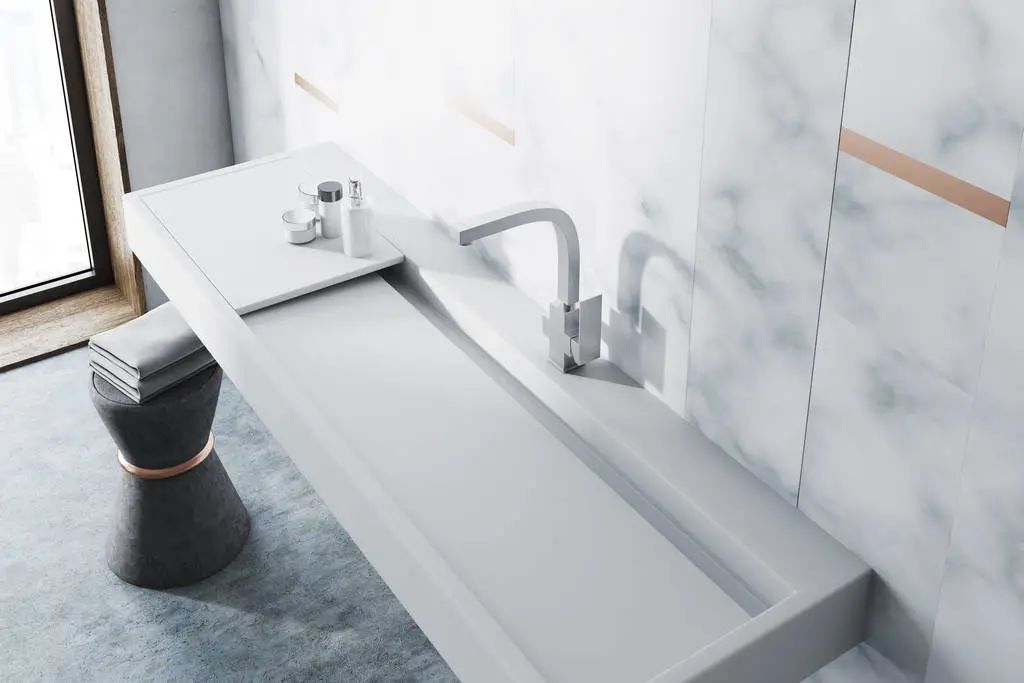 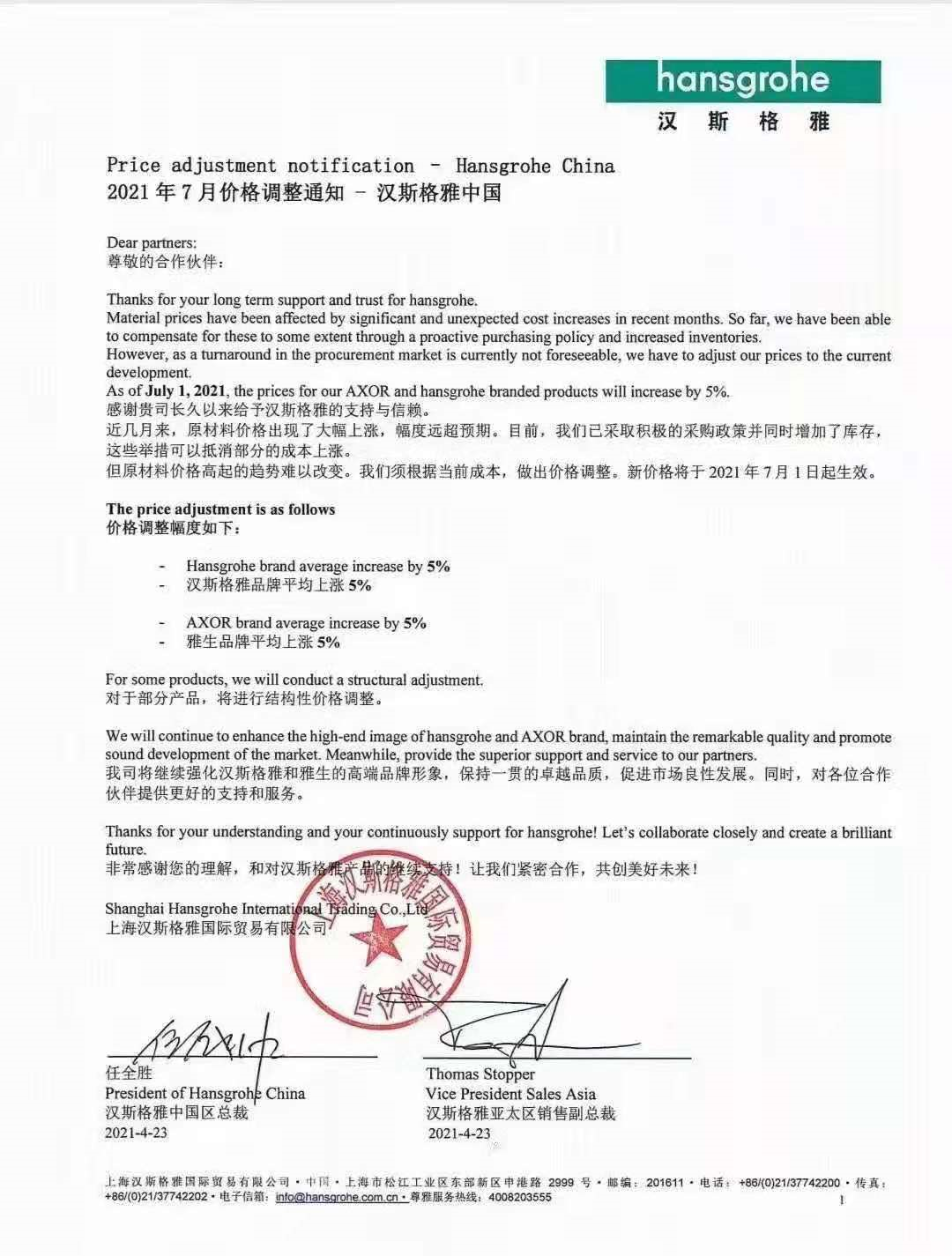 If you see twenty to thirty yuan on the e-commerce platform “all copper” faucet, you will know how much inferior quality components.

CCTV news “Focus Interview” reported in April 2019, exposed these all-copper faucets under the banner of “lead-free”. These faucets only have a copper bottom set, inside and outside are plastic, and filled with some iron sand to increase the weight. However, now in a treasure search “all copper faucet”, still can see these thirty to fifty yuan faucet.

Therefore, consumers should not be greedy for cheap when buying copper faucets, it is best to go to a regular brick-and-mortar store to buy. It is important to know that no formal business is willing to sell the product for four or five times less than the cost price.

Share:
Prev： What About A Bathroom Without Windows? How Can I Better Renovate A Windowless Bathroom?
Next： What Are The Functions Hidden In A Small Shower?