In these cases, in addition to 2 counterfeiting dens being investigated, 1 renovation company was fined for using counterfeit products. Counterfeiting is not only prohibited. In addition to ordinary consumers need to shine their eyes when buying and selling, the person in charge of schools, hotels, hospitals and other places should also pay attention to their corporate qualifications and products used when choosing a decoration company. Avoid the inflow of counterfeit products, and effectively safeguard the legitimate rights and interests of consumers and users of public places.

According to the notice of Foshan Chancheng Market Supervision Bureau on July 9, the Bureau recently received a report on the existence of sanitary products suspected of infringing the exclusive right of the manufacturer’s registered trademark in a warehouse under its jurisdiction. After receiving the report clues, Chancheng District Market Supervision Bureau quickly organized law enforcement officers to verify the reported clues. 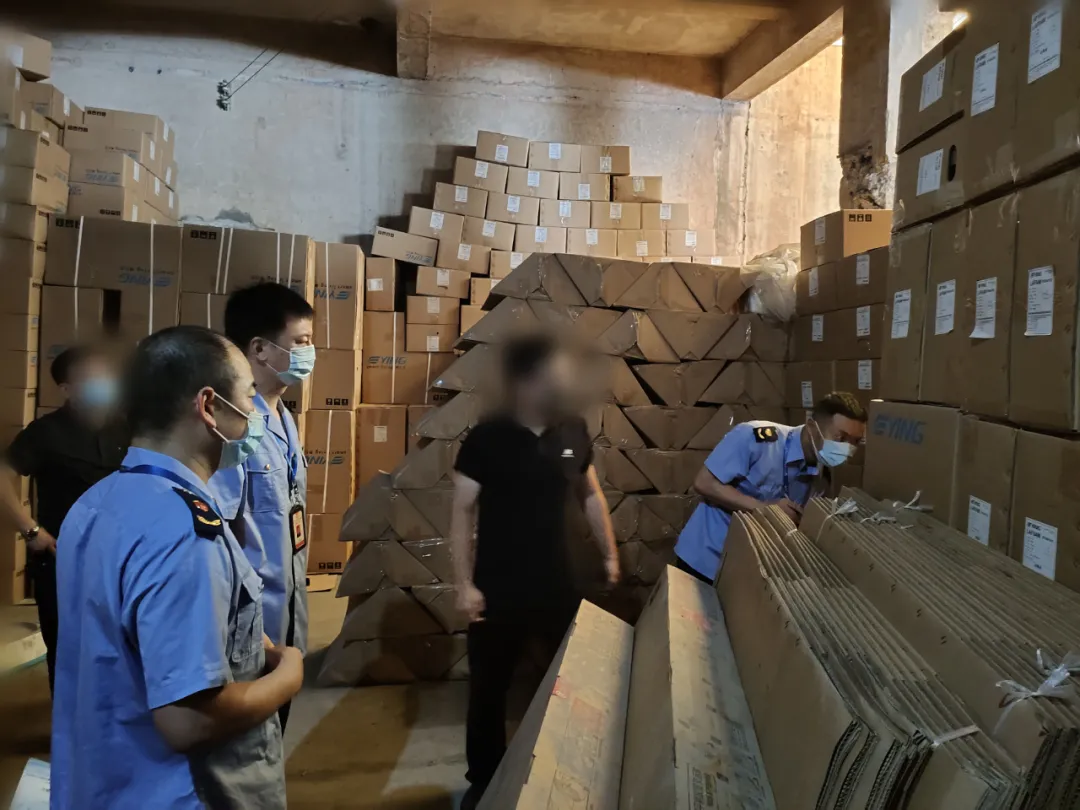 The trademark holder of the site identification, the warehouse of ceramic sanitary products are not authorized to produce and sell. These were initially identified as infringing products. Law enforcement officers implemented administrative coercive measures on the spot on the warehouse products, the suspected trademark infringement of six specifications and models of a total of 1834 sanitary products for seizure. The law enforcement officers worked continuously for 18 hours until 1:36 a.m. the next day, when all on-site enforcement work was completed. At present, the Market Supervision Bureau of Chancheng District has opened a case against the party concerned, and the case is under further investigation and processing.

According to the video taken by the law enforcement officers at the scene, the trademark pattern printed on the outer package of the counterfeit goods was none other than Ying bathroom. In addition to the discovery of counterfeit goods in the local, Ying Sanitary Ware in June this year, the company also said that the company found illegal business offline illegal sales of counterfeit “Ying Sanitary Ware” brand registered trademark, no brand qualification ceramic products, followed by public security in Chaozhou City, “Chaoan District, Guxiang Town, Fu Zhong Industrial Zone “A total of 400 sets of counterfeit “Ying sanitary ware” products were seized by the public security authorities in Chaozhou City.

Over 4000 RMB “TOTO” smart toilet was produced by a small workshop.

As reported by Xinmin Evening News on June 18, TOTO (China) Co., Ltd. recently received a report from a consumer in Fengxian District, Shanghai that he bought a counterfeit “TOTO” brand toilet on a shopping website, and reported the case to the police. Based on the tip, the police arrested Zhou, the actual operator of the online store. Upon arrival at the case, Zhou confessed to selling counterfeit “TOTO” brand sanitary products. 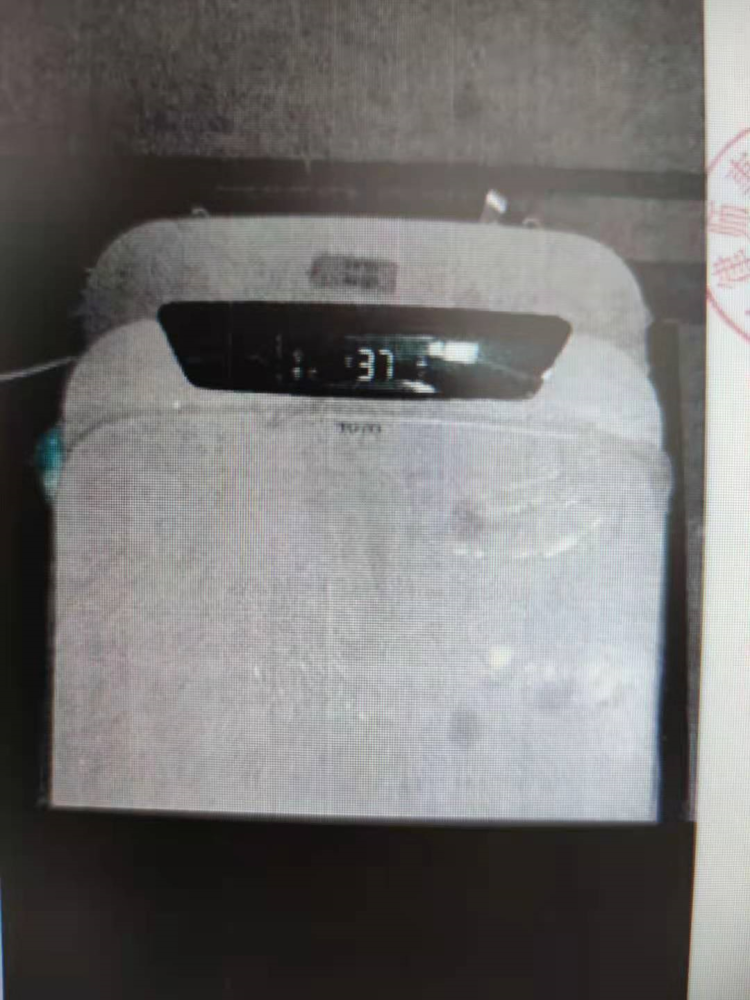 According to Zhou, he mainly sold counterfeit “TOTO” brand sanitary products, including toilets, basins and urinals. These products were rough products without trademarks purchased from nearby small workshops, and then labeled with “TOTO” brand labels bought from the Internet, and then hung on the online store for sale. The price of the urinal is more than 200 RMB, but after labeling, the price can reach more than 400 RMB. The price of the toilet is more than 1000 yuan, after labeling, adding intelligent toilet cover and other accessories can be sold to more than 4000 yuan. 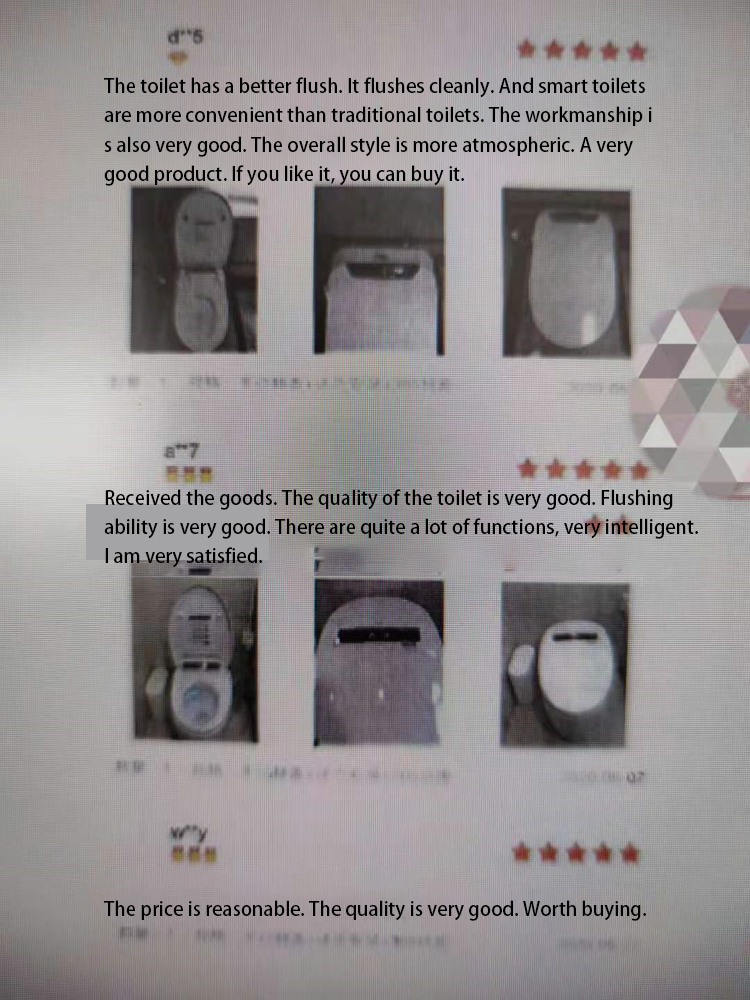 “TOTO’s products are good sellers.” Zhou explained why he specialized in counterfeiting “TOTO” brand sanitary products. He was also aware that his actions violated the law, but he could not resist the temptation of such profit. After investigation, Zhou sold counterfeit “TOTO” brand sanitary products amounting to more than 500,000 yuan and made an illegal profit of more than 80,000 yuan. Recently, Zhou was arrested by Fengxian District People’s Procuratorate on suspicion of counterfeiting a registered trademark.

A renovation company was fined for using counterfeit bathroom goods

According to the website of Jiaxing Nanhu District Market Supervision Bureau, during a recent inspection of a hotel in Jiaxing, it was found that showerheads and basin faucets identified as “JOMOO” and toilets identified as “ARROW” in its guest rooms were suspected of trademark counterfeiting. The toilet was suspected of trademark counterfeiting. The person in charge of the hotel said that the hotel commissioned a decoration company in Jiaxing to be responsible for the decoration of the hotel rooms during the renovation. During the construction period, the decoration company sold to the hotel showerheads and basin faucets marked with the trademark logo “JOMOO” and toilets marked with the trademark logo “ARROW”, and installed them in the hotel rooms of Jiaxing Higan Hotel Co. Ltd. 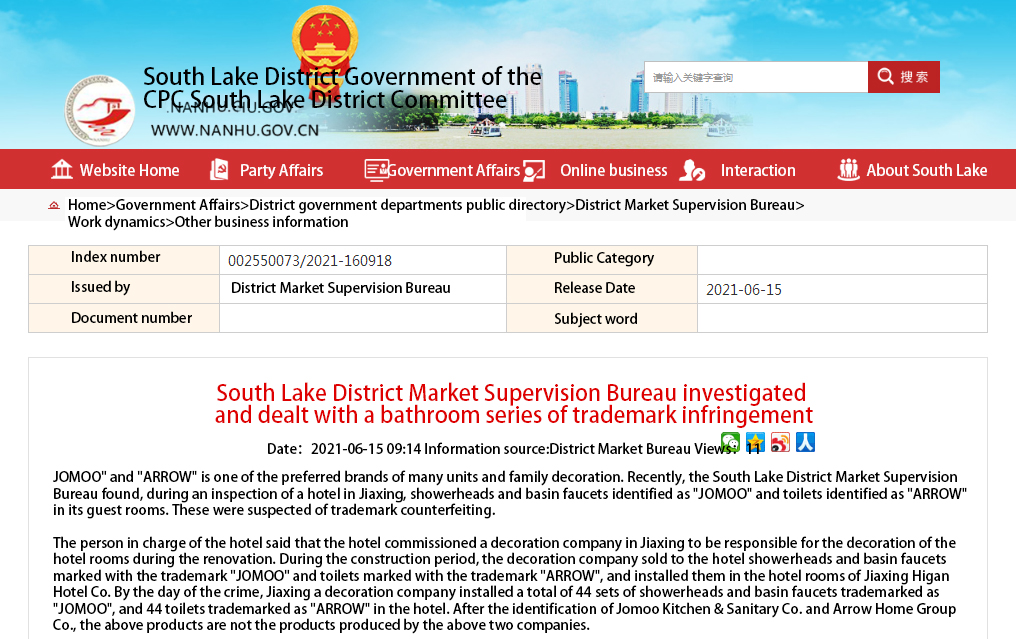 To the day of the crime, a decoration company in Jiaxing installed a total of 44 sets of trademark “JOMOO” shower and basin faucet, 44 trademark “ARROW” toilet. Ltd. and Arrow Home Group Co., Ltd. identification, the above products are not the products produced by the above two companies.

Nanhu District market supervision staff believe that these acts, such as: the sale of a decoration company in Jiaxing marked with the trademark “JOMOO” showerhead and basin faucet, and the trademark “ARROW” toilet. These are constituted “infringement of the exclusive right to register goods” by the illegal act. Subsequently, the staff carried out a case investigation, and ordered the decoration company to rectify the violations and imposed a fine.

The Ministry of Public Security launched the “Kunlun 2021” special operation

In recent years, the state has attached great importance to combating intellectual property infringement crimes, and various regions have adopted various methods to combat intellectual property crimes. The Ministry of Public Security (MPS) held a video conference on April 20 to make comprehensive deployment of the “Kunlun 2021” special action by public security organs nationwide. According to the Ministry of Public Security, during the “Kunlun 2020” special operation, the public security organs solved more than 21,000 cases of infringement and counterfeiting crimes, up 35% year-on-year. In the first quarter of this year, more than 3,800 cases were solved and more than 8,200 suspects were arrested, with the number of solved cases up 80% compared to the same period last year when the outbreak was concentrated.

In terms of laws and regulations, the recent implementation of the Patent Law of the People’s Republic of China, the Copyright Law of the People’s Republic of China, the Measures for Administrative Adjudication of Major Patent Infringement Disputes, the Management of Intellectual Property Protection on E-Commerce Platforms and other laws, regulations and national standards have also played a role in strengthening the whole chain of intellectual property protection and creating a market-oriented, legalized and international business environment. It is believed that with the improvement of the relevant laws and the maturity of the market environment, the bathroom industry will be effectively curbed by counterfeiting and counterfeiting.