On March 8, the Stock Exchange of Hong Kong (SEHK) announced that with effect from 9:00 a.m. on March 10, 2021, the listing status of Bolina Holdings Limited (Bolina Holdings) will be cancelled pursuant to Rule 6.01A of the Listing Rules.

In the afternoon of March 9, Bolina Holdings issued an announcement stating that: Pursuant to the letter from the Stock Exchange dated March 3, 2021, the Company has been informed that the listing status of the Company’s shares (the “Shares”) will be cancelled pursuant to Rule 6.01A. The last date for listing of the Shares will be 9 March 2021 and the listing status of the Shares will be cancelled with effect from 9:00 a.m. on 10 March 2021.

Regarding the impact on shareholders, Bolina Holdings stated in the announcement that: All shareholders and investors of the Company should note that after 9 March 2021, being the last listing date of the Shares on the Stock Exchange, the share certificates for the Shares will remain valid but the Shares will not be listed and traded on the Stock Exchange. Thereafter, the Company will no longer be governed by the Listing Rules.

Bolina Holdings was listed on the Main Board of Hong Kong in July 2012, issuing 210 million shares at an issue price of HK$2.15 per share, making it the first mainland bathroom company to be listed in Hong Kong. According to the announcement issued by Bolina Holdings, its 2012 operating revenue increased by 24.6% to about 820 million yuan, and the net profit increased by 53.5% to about 250 million yuan.

On the evening of May 15, 2018, Bolina Holdings even issued an announcement that, due to the company’s inability to repay its debts, Treasure Vantage Securities Limited, as petitioner, had filed a petition to the High Court of the Hong Kong Special Administrative Region on May 11, 2018, to wind up Bolina. 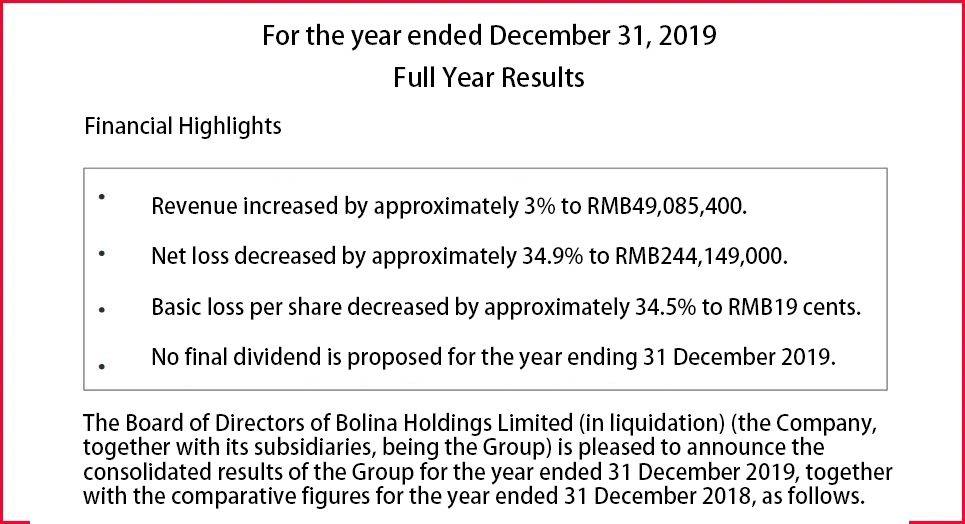 From being the first domestic pottery and sanitary enterprise listed in Hong Kong, to being applied for liquidation and then having its listing status cancelled, the experience of Bolina Holdings in the past few years is worth making the industry re-examine the significance of corporate listing.

Share:
Prev： Maximize The Use Of Small Bathrooms! 8 Methods That Designers Are Using
Next： The Bathroom Is Not Installed, 90% Encountered These 8 Big Problems